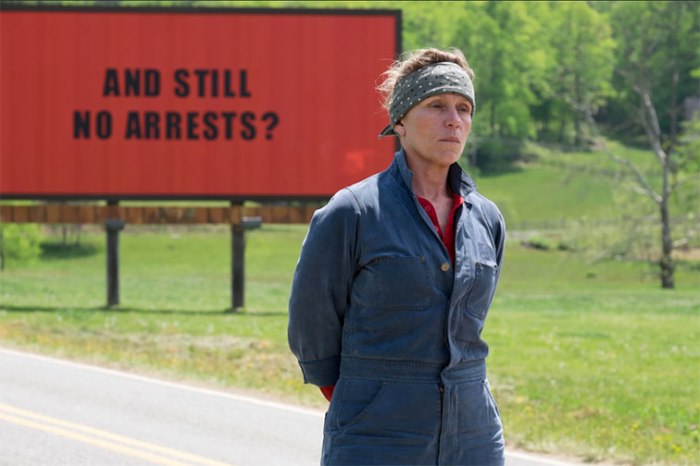 Richard Jones looks back at a busy viewing year

I think we all blinked when we read in about April or May comments from Fairfax Media film critics that with the Oscars season over we’d seen the best movies for the year. And in a way, looking back, I’d have to now agree. My Top Six for 2018 were all viewed before the end of April. It was a very ‘skinny’ few months after that although by the end of the year things were looking up again.

In 1969 following a boozy election night party Teddy Kennedy drives his car, containing campaign worker Mary Jo Kopechne, off a Massachusetts bridge. Kennedy (Aussie Jason Clarke) dives repeatedly into the murky waters to try and save Mary Jo (Kate Mara) but he’s unsuccessful. It’s another nine hours until he notifies the local police about the drowning and the whole thing blows up. It even causes family patriarch Joe Kennedy senior (Bruce Dern), who’s on his last legs, to gather enough energy to smash his wayward youngest son across the face.

By now officially Mary Shelley she’s one of the guests who engage in a literary competition arranged by Byron to write the scariest novel they can. Mary comes up with Frankenstein while Dr Polidori (Ben Hardy) pens The Vampyre. Both have remained in print to this very day although Mary’s father had to intervene to persuade the publishers of her book to change the byline from ‘Anonymous’ to ‘Mary Shelley’ for the second edition.

Russian ballerina Dominika Egorova (Jennifer Lawrence) suffers a career-ending ankle injury one night and is looking for a new job. Sinister uncle Vanya (Matthias Schoenarts) suggests she consider espionage as her new vocation so off she goes to a dehumanising spy school run by a frightening senior officer (Charlotte Rampling). Once she graduates – which isn’t easy – her task is to keep tabs on Berlin-based US agent Nate (Joel Edgerton). He’s the conduit for a Moscow mole supplying information to America.

Will Dominika and Vanya find the traitor? Red Sparrow is a great spy thriller set mainly in present day Russia.

It’s the early 2000s in Sacramento, California where Christine ‘Lady Bird’ McPherson is in her final years of school. Lady Bird (Saoirse Ronan) battles it out on an almost daily basis with her mother Marion (Laurie Metcalf). The discussions range from pleasant intimacy to full-on blazing arguments. Marion, a psychology nurse, works double shifts to keep the family going while Lady Bird shares her secrets and longings with chubby best friend Julie (Beanie Feldstein). It’s a well-presented portrait of a city, a school and a home where family conflicts are aired – and not always sorted out.

Another cracking Aussie movie, directed by Bruce Beresford. In the summer of 1959 a teenage schoolgirl Lisa (Angourie Rice) takes a vacation job in Sydney’s high-end department store Goode’s. All the shop assistants wear black: there’s Fay (Rachael Taylor) and Patty (Alison McGirr) while on the top floor Magda (Julia Ormond), born in Europe, presides over the prestige evening wear and ball gown department. While waiting for Lisa’s matriculation results Beresford runs us through the girls’ tribulations: Fay’s hunt for a decent boyfriend and Patty’s yearning for her difficult husband’s affection while Magda, as a sort of coven mother, tries to sort out everything for everyone.

Dick Cheney (Christian Bale) levered himself into American folklore as one of the most powerful vice-presidents in US history. He started off as a drunken telephone linesman in rural Wyoming before wife Lynne (Amy Adams) tells him to ditch his drinking habits, straighten up and be a man. So Dick snares an internship in the White House with Donald Rumsfeld (Steve Carell) as his mentor and climbs up the ladder to the position of chief of staff to President Gerald Ford, leaving Rumsfeld in his wake. He eventually does a deal with the younger George Bush (Sam Rockwell) and inserts himself into history as possibly the most influential vice-president the USA has ever had.

Remember the days of smoking in the office and wine and cigarettes in the company boardroom? It happened, of course, in the Washington Post offices and newsroom of 1971 where the proprietor Katharine Graham (Meryl Streep) and editor Ben Bradlee (Tom Hanks) have a serious dilemma – to publish the Pentagon Papers, or not.

The massive trove of secret papers on the government’s cover-up of the Vietnam War stretching back decades has been handed to them by a semi-anonymous correspondent.

If they don’t publish chances are the New York Times will beat them to the exclusive. Reporter Ben Bagdikian (Bob Odenkirk) completes the follow-up work as Washington social queen Graham haltingly gives her approval: publish and be damned.

In 1929 outback Australia a posse of white men which includes a harsh police sergeant (Brian Brown) and a deeply religious cattle station owner (Sam Neill) track an aboriginal man (Hamilton Morris). The Aboriginal station worker, in self-defence, has shot dead a violent, racist and alcoholic cattle worker. He was a white feller. Not surprisingly the hunted man is so much better at negotiating the rugged inland that at one stage he relieves the sergeant of his guns while the policeman, completely unaware, is cooling off from the baking 40+ degree heat by floating, fully clad, in a water hole. Eventually they all end up in the little bush town where the circuit magistrate presides over the murder trial.

4. The Death Of Stalin

Who knew that Stalin’s underlings couldn’t go to bed until The Boss had retired for the night. Well, they couldn’t until one evening in his dacha the Soviet dictator collapses in his upstairs bedroom, an event which kicks off the inevitable jostling for positions. Even though KGB boss Beria (Simon Russell Beale) organises a chain of executions and grim torture director Armando Ianucci manages to turn the film into a black farce. Khrushchev (Steve Buscemi, from Boardwalk Empire) finally snatches the top job and organises Beria’s demise. The triumphant inner clique watch on delightedly as the body of the assassinated Beria burns to a crisp in a back courtyard.

In 1940 war-torn London unpopular Tory Winston Churchill (Oscar winner Gary Oldman) has been installed as Prime Minister at the insistence of the opposition Labour Party. His own party isn’t all that thrilled and nor is King George VI (Ben Mendelsohn) who reluctantly anoints Churchill at outgoing PM Neville Chamberlain’s insistence.

It’s a tough gig to rally the nation with Hitler’s army and air force seemingly unstoppable as the Nazi war machine rages across Europe. First of all Churchill must underline there’ll be no peace negotiations with Hitler under any circumstances while on the home front wife Clementine (Kristin Scott Thomas) makes sure the great man is civil to his staff.

Margot Robbie is Tonya and along with her abusive mother, played superbly by Allison Janney, they hover on the social edges of the ice skating world. Tonya is eventually linked with the criminal act of mutilating Nancy’s legs even though she steadfastly maintains her innocence all along while her abusive husband is convicted of the crime.

Janney is so good in her role that she won the 2018 Oscar as Best Supporting Actress.

Frances McDormand gives a stellar performance as the grief-stricken mother determined to get the local small-town police more pro-active in tracking down her daughter’s killer.

So she hires three blank billboards on a highway outside her little town and emblazons them with harsh messages about the police and sheriff’s inaction. The redneck characters are best personified by Sam Rockwell’s racist base-grade copper. As the movie unfolds, though, he gradually eases himself away from his dark roots and becomes slightly more endearing. McDormand and Rockwell both won Oscars at the 2018 Academy Awards ceremony.

In late-Fifties East Anglia Florence Green (Emily Mortimer) arrives in town to establish her own bookshop. She gradually builds up a clientele which includes wealthy but reclusive local landowner Edmund (Bill Nighy). But with the district’s leading socialite Violet Gamart (Patricia Clarkson) keen on turning the historic bookshop premises into an Arts Centre it’s up to Florence and Edmund to try and cut through the bureaucratic tape.

After a lengthy spell overseas Jean (Pio Marmai) arrives back at the family vineyard to take over from his terminally ill father. Fortunately his siblings are still working on the vines which is fortunate as Jean’s sister Juliette (Ana Girardot) has the best palate of all of them. But will they manage to stay viable with all the other neighbouring growers in their part of France battling to take over the family’s holding.