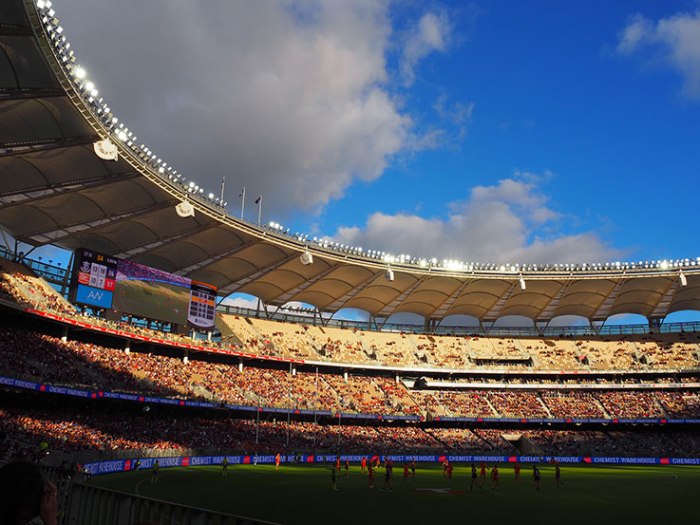 australianrules.com.au cub reporter Vin Maskell has gained exclusive access to a draft press release from Cricket Australia (additional “reporting” from Les Everett who, unlike Maskell, has been to Perth).

As of the summer of 2019-2020, all Test matches in Australia will be played in Perth, at the stadium named after a telecommunications business.

The radical change to fixturing will give Eastern Seaboard eyeballs (also known as cricket fans) the opportunity to watch all Test matches in the evening from the comfort of their lounge-rooms.

“As popular as pink ball/day-night Tests were, we were mindful of the traditions of the game and of players’ continuing doubts over the pink ball. A summer of five Tests in Perth was an option that got riper and riper,” said a CA spokesman.

“We know Western Australians have a huge appetite for the purest format of the game and are confident that they will flock to the stadium named after a telecommunications business.”

As part of the concept fans at the stadium will be forced to sit in the sun. “We want TV viewers to see the crowd,” a CA marketing spokesman said, “thus giving the impression we’re watching something people actually care about.”

All Perth Test matches will be sponsored by a sunscreen/sunblock company, which will distribute tens of thousands of free bottles of 50+ sunscreen to clients (also known as cricket fans).

Cricket Australia denied it has rejected a sponsorship offer from The Cancer Council of Australia.

A spokesman for the stadium sponsored by a telecommunications company denied reports the stadium has its sights set on the MCG and SCG Tests held over the Boxing Day holidays and New Year holidays respectively.

“No, that is not true. We want all the Tests. The Gabba, Adelaide Oval, even Blundstone Oval. Lords, Old Trafford. Chittagong, Newlands,  Wellington, Barbados, Mumbai…”

The spokesman’s CA counterpart added: “And we want everyone out in the sun, because that’s how cricket fans first watched the great game. There was no shade back in the day of Victor Trumper, unless you parked yourself under a coolabah.”

The new fixturing also opens up other major grounds for Sheffield Shield games, with a return to back-to-back blockbuster games between arch rivals New South Wales and Victoria over the Boxing Day/New Year period at the MCG and SCG. 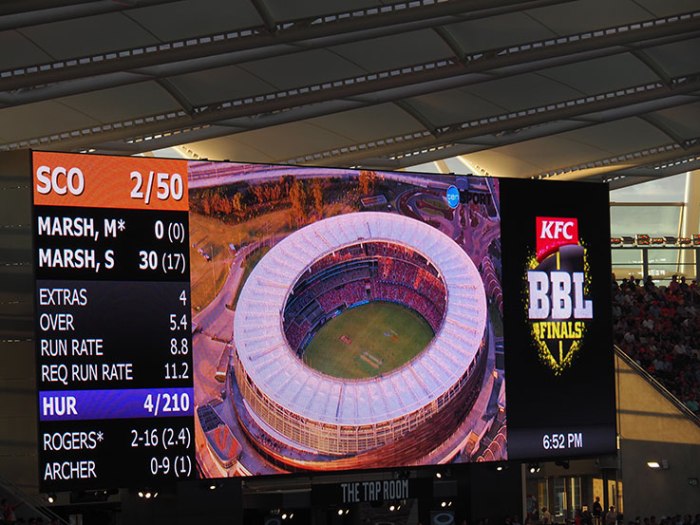