We managed to squeeze in five movies ranging from excellent to reasonably good at the cinemas early in 2020 before they were forced to shut as COVID-19 struck.

There’s nothing like seeing a movie – really good or only a bit above ‘fair’ – at the cinema.

As only recent newcomers to the delights of Netflix and Amazon Prime Video I have to say it’s a ‘no contest’ watching movies at home compared to the theatre.

For starters there’s no surround sound at home.

You’re constantly fiddling with the up-and-down sound buttons on the remote to keep some sort of equilibrium when the shooting starts or when the World War 2 aeroplanes fly overhead or the cyclone strikes.

OK, so you can pause the action while you head off to find another beer or top up your wine glass.

But it’s the cinema hands down for us.

So what took our fancy before lockdown forced us indoors. For months and months, on end.

1. 1917 – In April 1917 aircrew alerted top British generals on the Western front that the Germans had set a trap for a forward division perched precariously on its own.

So two low-ranked soldiers set out on a mission.

The two lance corporals Schofield (George MacKay) and Blake (Dean-Charles Chapman) have to cross miles of enemy German territory on foot to deliver a message to the forward division and alert the Colonel-in-charge to call off the next day’s attack.

They race across no-mans land, tumble into unoccupied trenches, defuse a deliberately placed booby-trap mine in a deserted German encampment and even come across an isolated French farmhouse and outbuilding where the Germans have obviously been before them.

Just to cap off their on-the-edge tensions a crippled German fighter aircraft ploughs into the barn and bursts into flames. The pilot survives and tries to fight his way out of trouble. It’s the end of the mission for Blake, knifed in the heart by the German before Schofield can fire his weapon.

On goes Schofield, surviving sniper fire as he crawls into a semi-deserted French village. He finds a terrified young French mother and her infant child. The British soldier gives the woman the canned food and milk snatched from the farm and continues on. Eventually he finds the British trench line, meets Colonel Mackenzie (Benedict Cumberbatch) and hands him the general’s note. Reluctantly Mackenzie call off the charge leaving Schofield to slump, exhausted, under a tree looking at photographs of his wife and children.

The story comes from anecdotes told to director Sam Mendes by his paternal grandfather about his experiences during World War 1. Mendes wove these fragments into a compelling story.

And as well as Cumberbatch you’ll see plenty of well-known British actors in bit parts: Colin Firth, Mark Strong and Adrian Scarborough among them. 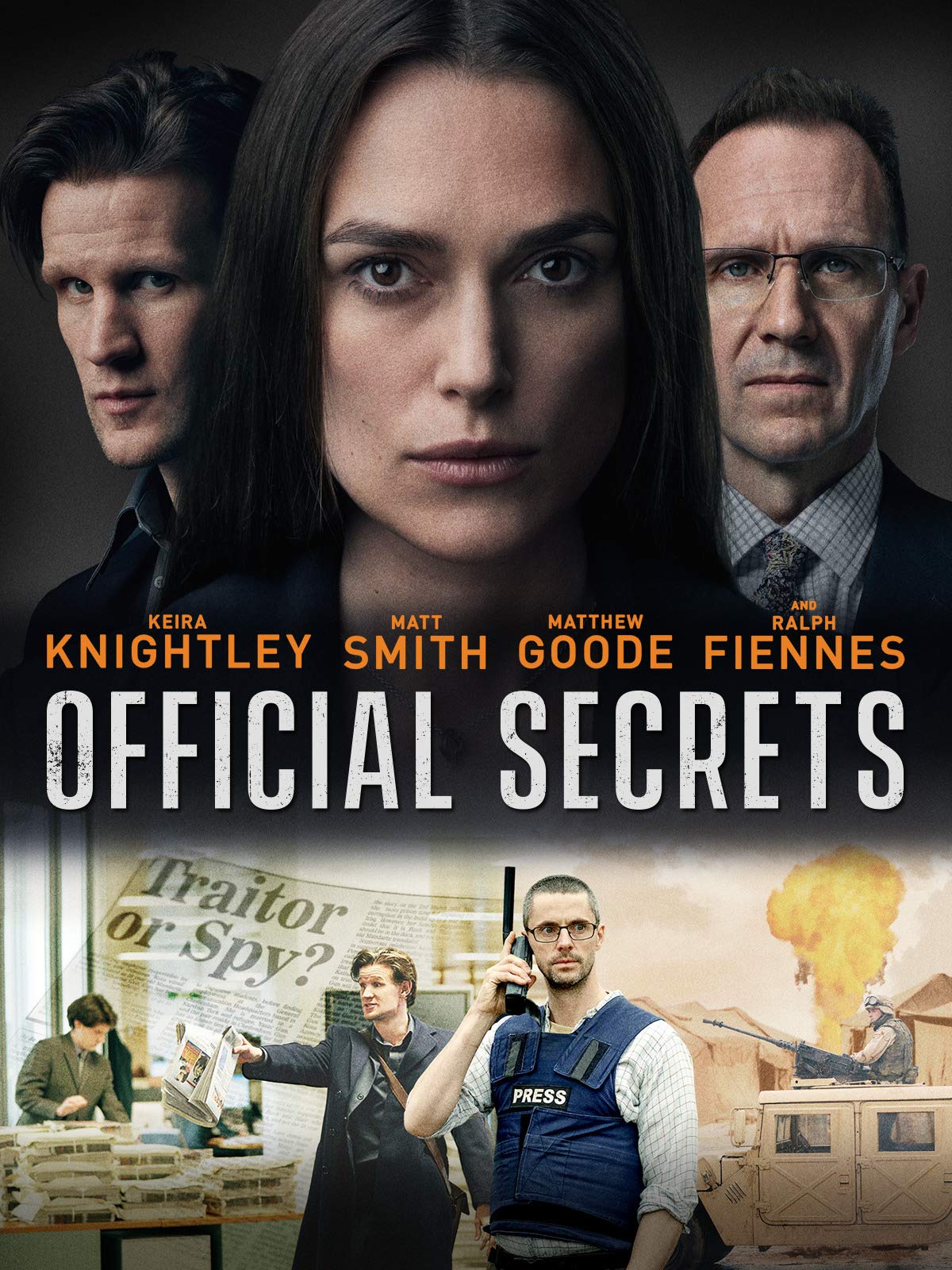 So apart from decoding and translating intercepted Chinese security e-mails (she’s fluent in Mandarin) Gun in early 2003 contacts an anti-war protest movement friend about Britain’s plan to go to war in Iraq on false pretences.

This information eventually finds it way to an investigative reporter from The Observer, Martin Bright (Matt Smith, remember him as Prince Phillip from early episodes of The Crown).

Things bubble along with the National Security Agency in Washington involved and Gun is eventually set for her day in court.

Liberty lawyer Ben Emmerson (Ralph Fiennes) is engaged as her defence attorney, but suddenly all charges are dropped. It turns out Whitehall officials are aghast that publicity generated by the trial would have ultimately revealed that the Blair Government had led the UK into a war on very shaky – if not, false – pretences.

As a footnote when I googled Katharine Gun it turns out that she now lives in Turkey with her Turkish Kurd husband and has hardly worked at all since the trial was aborted.

3. Bombshell: right on the money in this period of gross handling and manipulation of female employees by men, the 2019 film shreds the image of Fox News supremo Roger Ailes.

In 2016, fed up with the boss’s groping and sexual innuendos Gretchen Carlson (Nicole Kidman) decides to take legal action. Ailes (John Lithgow) demotes her to host of an afternoon show, but soon the star anchor of Fox evening news Megyn Kelly (Charlize Theron) joins Carlson. Kelly consults a more junior researcher Kayla Pospisil (Margot Robbie) who had been ordered to perform pirouettes in Ailes’ office while raising her skirt higher and higher.

Ailes only survived on this earth for another 12 months – he died in 2017 – but whereas the victims of his sexual harassment received a total of $50 million, Ailes and his creepy henchman scored $65 million in severance payments. 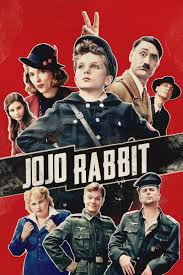 4. Jojo Rabbit: a comedy/drama involving a bullied 10-year-old Hitler Youth initiate who has a jolly Fuhrer as his imaginary friend.

The boy (Roman Griffin-Davis) is nicknamed ‘Jojo Rabbit’ because he can’t kill a rabbit during a weekend camping excursion. Sidelined after a grenade accident he’s out of the Youth camping escapades and stuck in an office with Fraulein Rahm (Rebel Wilson) and Captain Klenzendorf (Sam Rockwell).

Hitler is still by his side and Jojo thinks he needs him at home. His mother is sheltering a teenage Jewish refugee girl, but Hitler sheds his comic persona and remonstrates with Jojo about his anti-Nazi involvement.

Enraged Jojo boots Hitler out the kitchen window and takes the girl down the street, with half-a-dozen corpses hanging from flagpoles, to a safer hiding place. 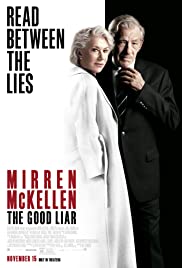 5. The Good Liar: with well-known and respected stars Helen Mirren and Ian McKellen as the drawcards we thought this would prove to be much better than it actually was.

Con artist Roy (McKellen) plans to dupe Betty (Mirren) out of her considerable fortune. The ‘wetness’ comes in when Roy tries to convince Helen to use a smartphone app to transfer a huge sum into his account. Alarm bells sound here, and not just because it’s a bit naive to expect us to believe such procedures actually existed in the mid-2000s, before Betty’s grandson Steven (Russell Tovey) sees through Roy’s predatory manoeuvres.

In the overall wash-up Betty proves to be an even more skilful con artist than Roy.

On the binge-watching front I’ve seen three of the late Chadwick Boseman’s last films. They were Marshall, 21 Bridges and Message From The King.

In Marshall Boseman plays the part of Thurgood Marshall, who’s assisting a white law colleague in a 1941 small-town rape trial. A well-to-do wife of a town icon is alleged to have been raped by an African American gardener. Although he’s only an advisor in this particular trial, Marshall eventually becomes the first African American to become a justice on the USA’s Supreme Court.

In 21 Bridges he turns out to be the only honest NYPD detective in a precinct riddled with corrupt cops of both genders, while in Message From The King he’s a detective once again. This time he’s a South African investigating the killing of his sister in LA. It’s not until the final credits it’s revealed Jacob King is an undercover sergeant in the Capetown or Johannesburg police.  Sadly, Boseman died in August aged just 43.

Pacino played teamsters’ boss Jimmy Hoffa while de Niro and Pesci were – as usual – crooks and hitmen. De Niro is the Irishman mentioned in the title. Apparently it took some persuading for Pesci to agree to emerge from retirement and play yet another gangster with an Italian family background.

Also high on their talks agenda is Benedict’s firm admonition to the South American cardinal not to resign his high church position, something he’s been considering.

Whether either or both are avid fans of Serie A top-flight Italian soccer is another matter.

Whatever, they spent time on the couch watching televised matches featuring the two clubs from Rome – Lazio and Roma – and discussing what the managers on the sidelines could, and should, be doing. And they’re also right into the 2014 FIFA World Cup final between Germany and Argentina. Pope Benedict is, of course, a German.