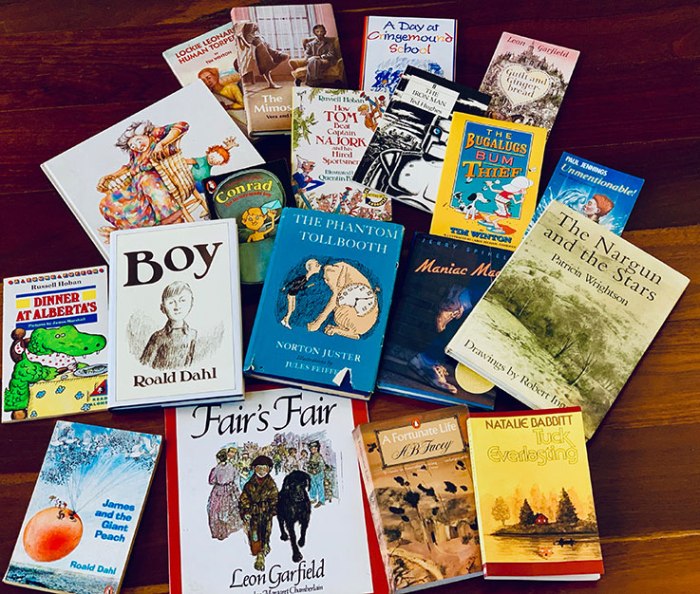 You won’t get any parenting advice from me but I do know something about something that’s back in fashion – reading aloud.

Before becoming a well-known author of two (2) sold-out books I was a primary school teacher. As I grew from useless to not-too-bad my favourite part of the job was reading aloud to the class – usually Year sevens.

Just like in real life, having a good book on the go in the classroom just makes things better – something to look forward to, a reward at the end of the day. In the classroom a shared book will do much more – it can lead to talking and writing and art and mapping and thinking and laughter and tears.

There were some classroom highlights…

I recall a day as the students lined up and filed into the classroom following afternoon recess when I thought, ‘I wouldn’t want to to be anywhere else right now.’ I was about to read them James Reece’s Lester and Clive with a follow-up activity I knew would work. And it did.

Once I was reading Tim Winton’s Lockie Leonard Human Torpedo. There’s a scene where a nipple makes a brief appearance. I skipped over it, skilfully I thought. At the completion of the reading one girl said, “We want our money back!”

There are so many characters in Roald Dahl’s James & the Giant Peach that I made up a little cheat sheet on the back on an envelope I used as a bookmark. It listed the characters and their voices… Old-Green-Grasshopper had a WC Fields voice; Miss Spider was ‘sexy’ and so on. At the end of a reading a student handed it to me. It had fallen on the floor. She gave me a wink and kept my secret.

The fart and bum era of kids books hadn’t quite started as I drifted out of the primary classroom. I did read lots of stories by Andy Griffiths during a part-time stint at an island school. Having a whole class roll around with laughter is a good thing.

Here are my read aloud recommendations (you and your kids might also want to read them silently, they all work in that form too). In no particular order.

A family leaves their little farm in North Carolina hoping to find better fortune in Chicago. There they find and lose a lot but in the end humanity wins out. There’s a lot in the back catalogue of this husband and wife writing team. The dialogue is superb.

The BFG by Roald Dahl

Yes, it’s a classic but it’s funny and uplifting.

A boy on the run from a circus accompanied by six lions. What else would you want? It rockets along. And it has a map. A mother-daughter writing team this time. My copy has disappeared if you see one with my name on it let me know. (There’s a sequel too).

Another escape story. Things were going pretty well for James until his parents were eaten by an angry rhino outside London zoo and he was forced to live with his two horrible aunts.

I read this to a class in one sitting. They wouldn’t let me stop. The first of two biographies here and it’s hard to put down (obviously).

The Iron Man by Ted Hughes

They’ll soon get over the fact this isn’t the movie as this clanking iron giant scares and amazes.

Tom fiddles around too much according to his horrible Aunt Fidget Wonkham-Strong so she brings in Captain Najork and his crew to sort the boy out. “They play hard games and they play them jolly hard. Prepare yourself,” she warns. They play womble, muck and sneedball (in that order). It’s mad.

Dinner at Alberta’s by Russell Hoban

• The shower scene from Dinner At Alberta’s. Illustration by James Marshall

I liked to warn classes that this little book contains nudity. Arthur is a young crocodile with terrible table manners and great skill on the electric guitar. The arrival of his sister’s friend Alberta results in Arthur improving his own manners and teaching Alberta’s annoying brother a thing or two about good manners.

The first book I read aloud to a class. First published in 1975 but very topical. Mrs Bartolotti loves to buy things by mail order and often forgets what she’s ordered. That’s how Conrad comes into her life.

The Nargun and the Stars by Patricia Wrightson

All sorts of ancient and mysterious creatures for recently orphaned Simon to deal with when he comes to live on a farm with his much older cousins. An Australian classic.

The Phantom Toolbooth by Norton Juster

A package arrives at Milo’s place. It contains a tollbooth. Milo hops into his pedal car and drives through. An adventure awaits but it’s unlike any other. And there’s a map.

Like Griffiths, Jennings opened up the world of reading for many. You could grab any of his collections or longer efforts, the stories are like jokes with punch lines. Funny and engaging.

Ok so I snuck one bum book in. Really silly and really funny. Just what we need.

Jeffery Mcgee’s parents die in a crash aboard a high-speed trolley bus. He goes to live with an aunt and uncle who hate each other. Don’t even talk to one another. Jeffery takes off and becomes a legend in his city – Maniac Mcgee. The pace and sparkle of this book will make you tingle.

Guilt and Gingerbread by Leon Garfield

So this story involves a poor student stealing a princess’s heart and replacing it with an apple. But it’s very funny, very subtle and has a happy-ever-after ending.

A Fortunate Life by AB Facey

Hard to think of a better book to read right now. Read A Fortunate Life and you’ll come out of this thing knowing a lot more about WA.

Would you like to live forever? The Tuck family has eternal life. Is it a blessing? The writing here is beautiful.

A Day at Cringemound School by Bill Tidy

Just the thing for the home-school environment. A day at school where the motto is “Stay in Line”.

Fantastic language here as we follow the adventures of a boy and a girl and a lost dog. Jackson and Lillipolly are brave, honest, patient and generous and are rewarded for their virtues by the dog’s owner Mr Beecham Chambers and his lawyer Mr Chuter & Ede.

A book for today. Beautifully illustrated by Julie Vivas.

There’s a lot about life in this classic. Seeing the movie isn’t reading the book.

Sorry about the plight of parents in many of these stories. But really there’s not much place for mums and dads in books for kids – except for reading them aloud.

Now if you have any issues just let me know and I’ll pop over to your place to read to the kids. Oh bugger, that would be illegal… they’re all yours. Enjoy.

One thought on “Read to them by Les Everett”