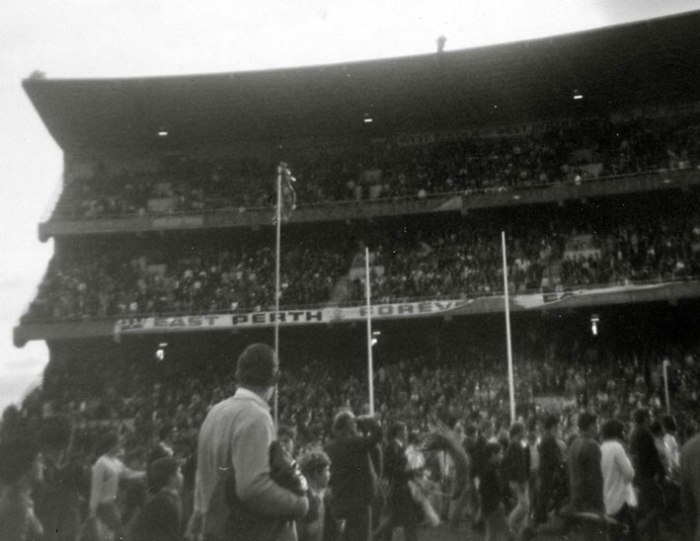 It’s funny how things turn out. In 1969 my friend Les Holmes and I got on the overnight train from Kalgoorlie to Perth headed for the WAFL grand final between East Perth and West Perth.

After years of grand final misery (losses to Perth in 1966, 1967 and 1968) I was full of confidence. The Royals had lost the second semi to the Cardinals but bounced back to thrash Perth, yes Perth, in the preliminary final. The signs were there. Subiaco Oval with its brand new three-tier stand awaited. This was our year.

West Perth flogged us. It was 6.12 to 2.2 at quarter time and it never improved.

I have four clear memories from that game.

1. Laurie Richards flying above packs. He kicked seven goals in one of the most spectacular grand final final performances.

2. Seeing the East Perth great Polly Farmer live for the first time. But he was the captain coach of bloody West Perth. 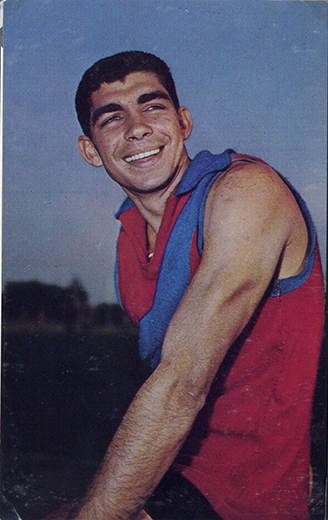 3. Bill Dempsey. I don’t know where he was playing. He was everywhere. Forever taking marks. He won the Simpson Medal and yes he was better than the high flying Richards.

4. We were at the city end of the ground in the pocket on the West Leederville Station side. It meant we got a good view of some of the marks Richards took. And there was something else. Every time West Perth scored goal a young West Perth supporter just ahead of us would somehow rise from the crowd – maybe with the help of friends and the fence – and sing: “LISTEN TO THE BAND…”

Released in 1969 Listen to the Band was a bit of a departure for The Monkees – a slightly tougher sound perhaps. I loved it but wanted that song out of my head by the end of another sad grand final weekend when the papers only had bad news and the black and white TV was all red and blue. 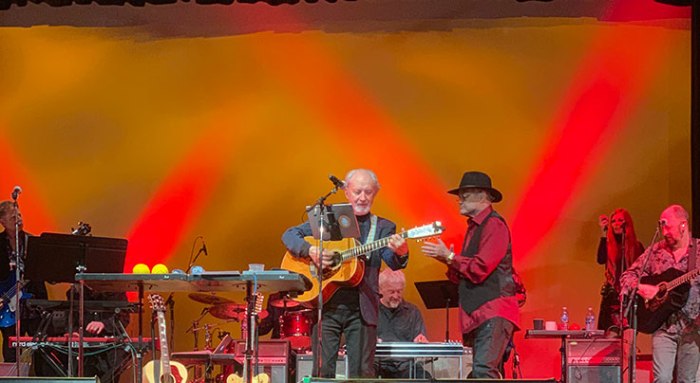 And so to The Astor Theatre in Mt Lawley nearly 50 years later and a concert featuring the surviving Monkees Micky Dolenz and Mike Nesmith. As the show neared its end the band said goodbye and walked off stage leaving Nesmith alone. We wondered what he would play as he strummed his guitar a little hesitantly. And then:

Hey, hey, mercy woman plays a song and no one listens

Play the drum a little louder

Tell me I can live without her

If I only listen to the band

Listen to the band

On Tuesday 18 June Broome publisher Magabala Books is holding a book project fundraiser at Leederville Oval. The aim is to raise funds to support the publication of Bill Dempsey’s life story. The project is already underway and the book will be written by Steve Hawke who wrote a brilliant biography of Polly Farmer.

There will be music on the night. I’d include this song…

Listen to the Band