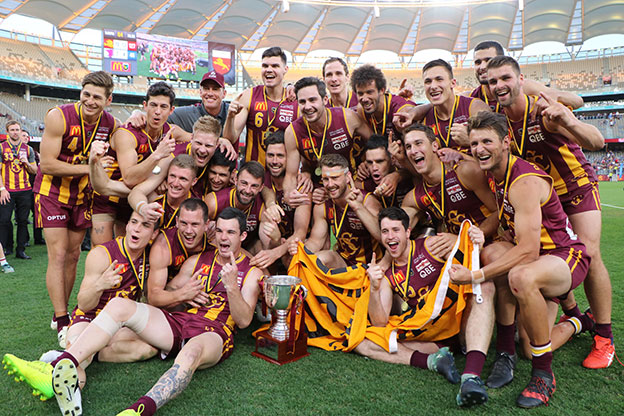 The 2018 WAFL premiers. All photos by Les Everett.

To challenge the unbeaten Subiaco in the 2018 WAFL grand final West Perth needed to “bring something”, to start strongly… and they did. But it wasn’t enough.

For the first 15 or so minutes the Falcons controlled things and they even led by a point after Andrew Strijk just missed a set shot from the boundary.

Chris Phelan finally nailed the first goal and the Lions were into the kind of exhibition grand final fans love and players and coaches deny were quite as emphatic as they looked. Subiaco were too well organised, too disciplined, too calm and far too good for West Perth who really did a great job to get to the last day of the season. 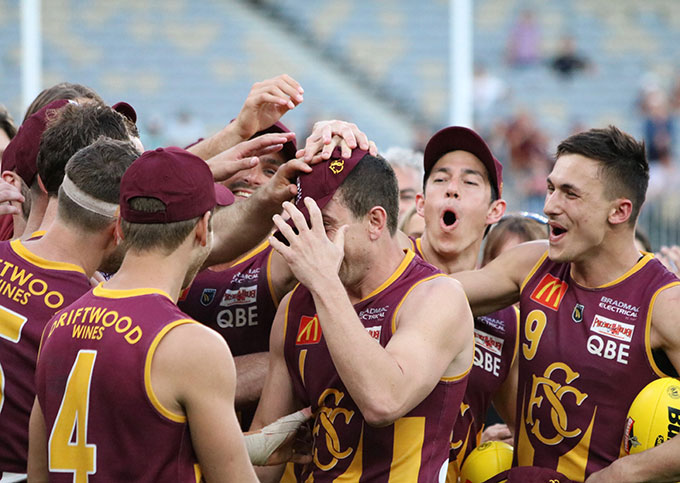 The Simpson Medal winner is announced.

Captain Kyal Horsley is a big factor in the success of the Lions and it was fitting that he was awarded the Simpson Medal as best player on the ground – he is the best and most influential player in the competition. 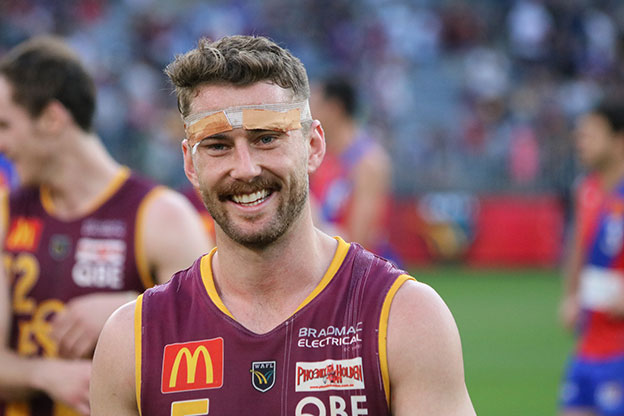 Zac Clarke did what he was recruited to do and dominated the ruck, key forward Ben Sokol did what he did in last year’s grand final this time kicking five goals with strong marking and clever positioning, small forwards Kyle Halligan (five goals) and Rhys Waters (three) did what they were meant to do and Horsley’s midfield mates Phelan, Leigh Kitchen and Josh Deluca were relentless. When the Falcons did go forward they were meet with almost impenetrable defence with Jordan Lockyer, Aaron Heal, Angus Litherland and Drew Rohde all outstanding. The versatile Lachlan Delahunty messed up an otherwise fine display by missing three shots for goal.

Mitchell Pierce completed a good finals campaign for the Falcons, Aaron Black kicked a couple of goals and worked hard as usual in the midfield, Blake Wilhelm was good early and Cory Chalmers kicked two goals. 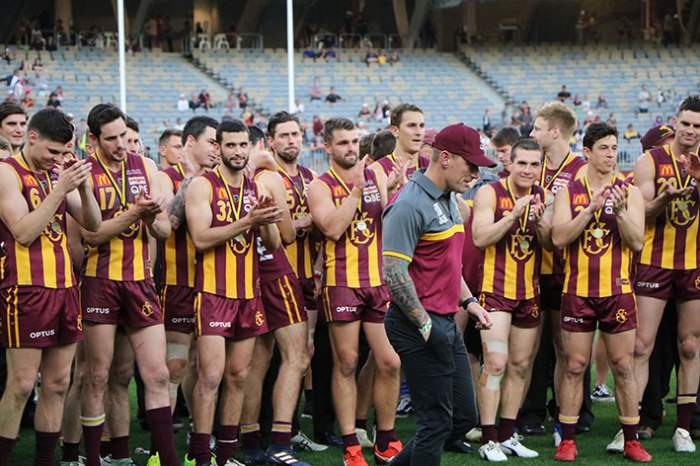 The grand final might have been Jarrad Schofield’s last as Subiaco coach.

There will be changes at Subiaco next year as there always is – only 14 of this year’s premiership team playing in the 2017 losing grand final – and coach Jarrad Schofield may move into the AFL. However the well-resourced club is very good at replenishing its supplies and anyone looking to challenge them will need to improve too. 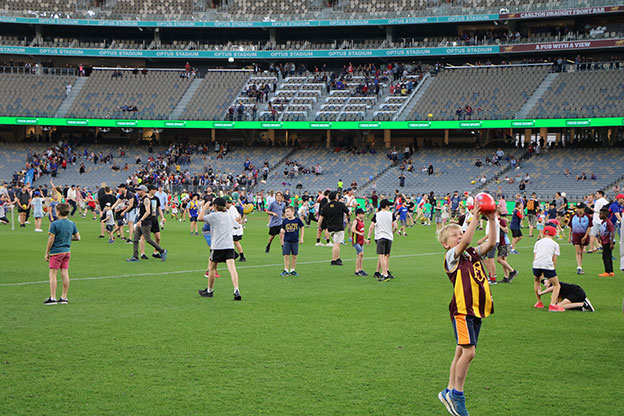 There was kick-to-kick on the Perth Stadium surface after the game. Subi dominated that too.