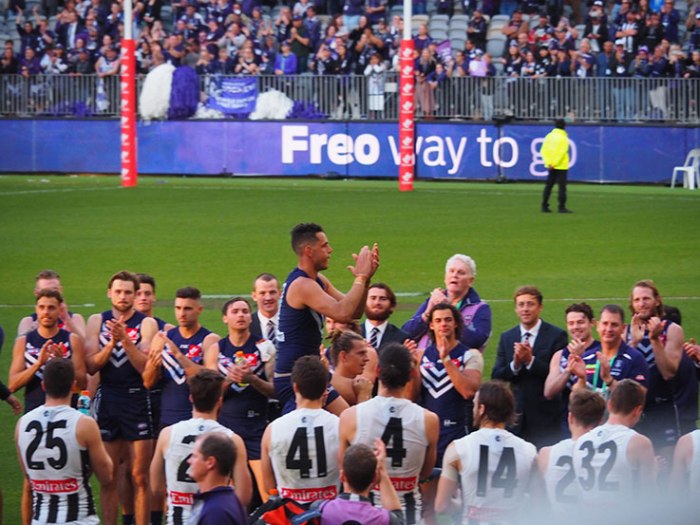 Michael Johnson’s AFL career ended last Saturday when he played his 244th game for Fremantle. Twelve seasons as a player, 13 on an AFL list and seemingly over in a flash.

Johnson leaves equal with Luke McPharlin as fourth on the Fremantle games played leaderboard. It’s a wonder it ever happened really. As a kid Johnson was so shy he stayed away from the local footy club preferring to kick a ball around in the backyard. He was 10-years-old when he made the brave step of attending training at the Belmont Junior Football Club.

He was good, of course, but even those early years didn’t run smoothly. A shortage of players in his age group led to a move to footy clubs at Kenwick and then Victoria Park and eventually to Perth where he moved through colts to reserves and into the league team. 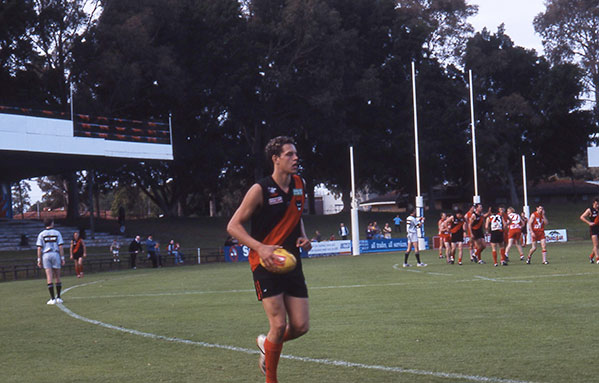 There was something about this young player. He wasn’t quick but he was a good size, seemed to know where to go and had a big backside that he used well in marking contests.

Johnson was one of WA’s best performers in the 2002 AFL 18s carnival and played a couple of league games for Perth that year. However he wasn’t drafted.

In 2003 he and few others were invited to train with Fremantle with a view to filling some vacant spots on the rookie list. Johnson barracked for the Dockers so this was a big deal for him. Daniel Gilmore from South Fremantle, Ben Colreavy (Claremont), Steven Dodd (East Fremantle) and Ricky Mott (South Fremantle via Sydney) were also part of the process. They were added to the Fremantle rookie list. Michael Johnson was not.

Johnson returned to Perth, he was better for the experience and had a good year at league level for the Demons playing key positions in a attack and defence. He was chosen by Fremantle at pick number eight in the pre-season draft of 2004 and joined the club he’d always loved. 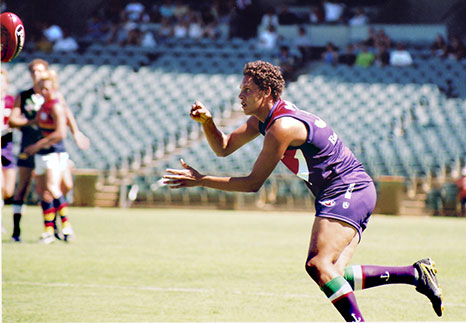 The move into the AFL was more comfortable for Johnson than starting off with the Belmont juniors a decade or so earlier. He was big, had a good season in the WAFL behind him and knew a few people at the club after his previous training stint.

After another good WAFL season in 2004 Johnson was ready for the big time. He made his AFL debut in round four of 2005 against Richmond at the MCG. There was no fanfare about his first game. He was a late inclusion for the ill Matthew Carr. Fremantle lost, Johnson kicked a goal and although it wasn’t a spectacular start there was something about him. This wasn’t a nervy kid starting out it was someone who understood the game and could see what was happening. 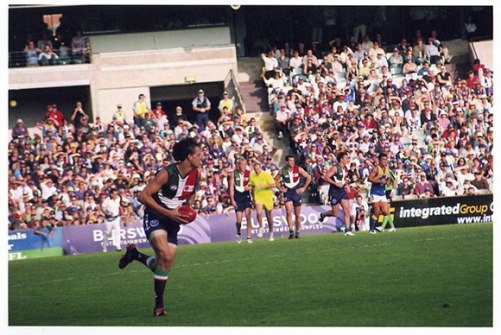 There are two unusual characteristics in Johnson’s game. The first is his low-strung kicking style – almost placing the ball onto his foot. The result is kicks that are generally low and accurate. It’s also a style that allowed him to change his mind seemingly in the act of kicking. Johnson was also a director. It was not uncommon to see him pointing out to the player he was kicking to where the ball should go next. In a way Johnson was a like billiards player – setting up the next shot.

Johnson finished in the top 10 of Doig Medal voting seven times and it’s a measure of his importance to the team that he finished second in 2006 when the Dockers made the preliminary final, third when they emerged under Ross Lyon in 2012 and third in the grand final year of 2013 when he was also named an All-Australian.

In the Herald Sun Mike Sheehan listed Johnson at 24 in the top 50 players in the AFL in 2013 and wrote: “Finally acknowledged for his smooth skills and consistency. An average 20 disposals at 81 per cent tells the tale.”

After playing every game and finishing seventh in the Doig Medal in 2016 Johnson struggled a bit in 2017 and found himself back in the WAFL with Peel. As an aside during our interview for the club’s 20-year history Johnson revealed this was one of his fears. “I’m a loyal Perth Demon,” he said, “I don’t really want to play for Peel Thunder.” 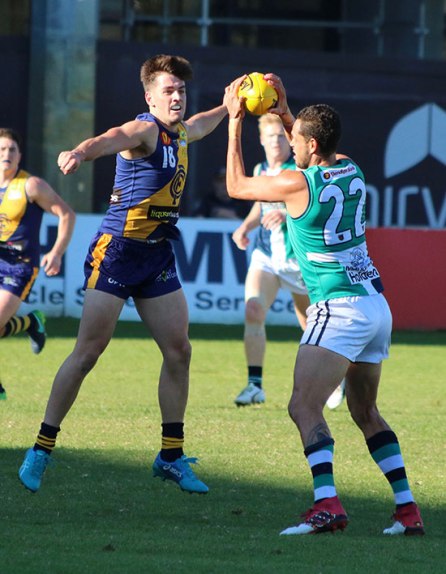 Johnson’s first game for Peel was his 50th game at league level in the WAFL. He played five games before making his way back into the Fremantle line-up. There was no sign of resentment – he was instructional and creative just as he had always been.

A slip of the tongue from Lyon meant Johnson didn’t have time to contemplate retirement or make his own call but the time at Peel was probably enough of an indication.

Fittingly Johnson’s best game of the year was his last. He often found himself matched on Collingwood giant Mason Cox and even out-marked him a couple of times – one of his last acts was to prevent a goal with a soccer-goalie style save with his leg.

Michael Johnson is one of the best Dockers – few seem to read and understand the game the way he does – surely there’s a coaching or mentoring role for him somewhere. Maybe even at Peel Thunder. 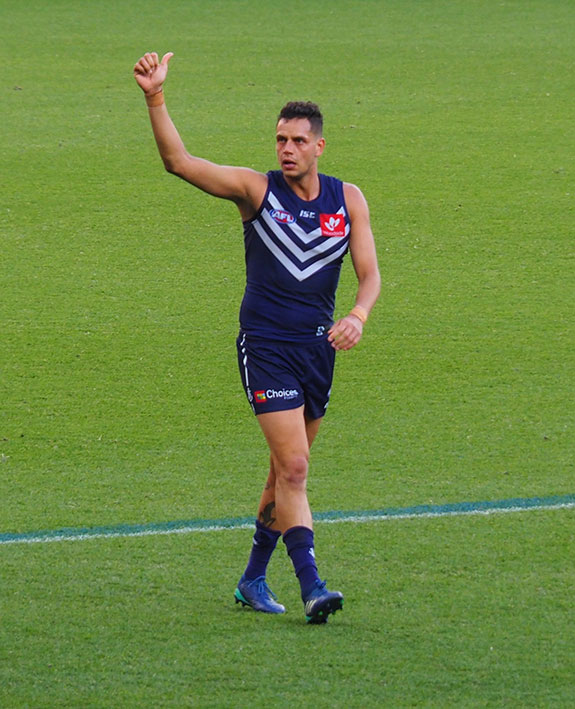