I’ve seen all Fremantle and most Peel games this year, so there’s no hiding. Here’s what every Dockers has been up to. 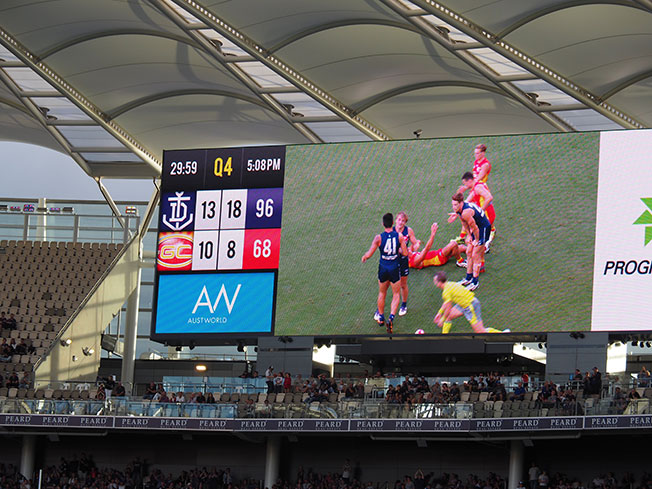 Michael Apeness (3 games, 2 goals): finally fit and back in the team. Looking good and marking well… who knows, he might turn out to be ok.

Hayden Ballantyne (12,12): When he ran into an open goal and missed by a mile against Carlton it just about summed up his season. Trying hard but it’s not quite happening.

Bailey Banfield (13,4): straight out of the WAFL onto the rookie list into the team. He began to take his tagging role a little too seriously and was in danger of becoming a nice-guy thug. Has mellowed and made the ball his object in recent weeks and has become an even better contributor.

Harley Bennell (no AFL games): very slow progress in the WAFL where he sometimes provides evidence of his superior skill.

Conor Blakely (13,0): tough and consistent at half back. Really turning into a player.

Andrew Brayshaw (13,4): he has played every game in a no-fuss kind of way. He loves to get involved and tackles more than you’d expect from a kid. His kicking could improve and probably will.

Adam Cerra (12,6): has slipped in quietly showing slick kicking and sure hands. Could be a Rolls Royce.

Brennan Cox (7,9): needed to fix his set-shots at goal and he has. That’s a good sign. Very clever in the air and hard to play on.

Mitch Crowden (8,1)): an unusual little goer who has played more games in his first season than most expected. No right foot, gets caught a bit but there’s something about him.

Sean Darcy (no AFL games): Untimely injury but he’s back now and looked fit and firing in his return game for Peel. An important part of Freo’s future.

Hugh Dixon (no AFL games): Injured in the first WAFL game and has looked out of his depth upon his return. Needs time.

Taylin Duman (5,0): looked calm and at home during his appearances. Unfortunate to do his back getting out of the car prior to the Adelaide game. 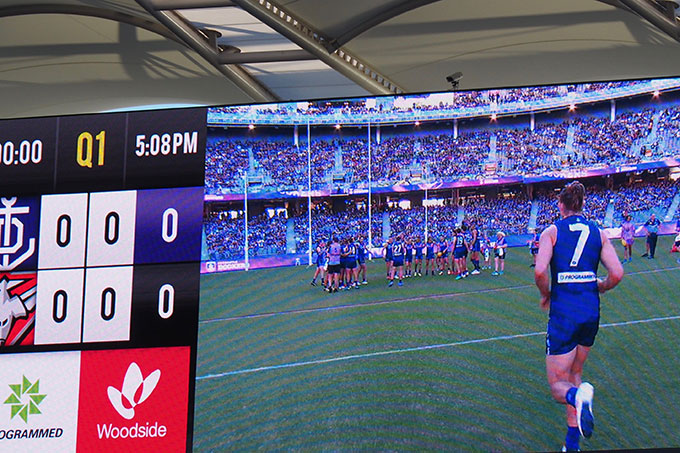 Nat Fyfe (12,10): back to his best but can get better. A couple of a terrible missed goals and probably plays a little close to the edge… however his suspension was a travesty.

Stefan Giro (3,1): another interesting little left-footer from SA. Knows how to get the ball and with a little more awareness and confidence could have caused more damage in the games he’s played.

Brady Grey (no AFL games): played the first two WAFL games this year and nothing since. Not far away from a return.

Joel Hamling (12,0): excellent key defender with a knack to taking front spot and making it hard for his opponents. Good in the air and smart.

Bradley Hill (2,1): a minor knee injury has proved problematic for this key running player. Will make his return soon via Peel due to bit of off-field idiocy. Has hopefully taken time during the break to think about his kicking.

Stephen Hill (8,3): has had some injury worries but returned in hot form. His kicking against Carlton was devastating. Pictured.

Ethan Hughes (1,0): an attacking defender doing well with Peel but it’s hard to find spots in the Freo backline.

Michael Johnson (8,1): there are clear signs the career of one of the finest Dockers is coming to a close. It will be interesting to see what the future holds for one of the smartest players in the game.

Scott Jones (2,1): having a funny season in the unbalanced Peel line-up where he plays a bit of this and a bit of that. His best game of the year was in the AFL against Adelaide where is strong work late was important.

Shane Kersten (4,0): seems to be embracing the move to defence and it might be the making of him.

Ed Langdon (12,7): has taken on the Brad Hill running task and has been one of the top performers in 2018. In trouble when forced onto his left foot and his kicking generally could improve. Gets himself into scoring positions and needs to nail more opportunities.

Giffin Logue (no AFL games): again halted by injury with only a couple of games for Peel. Will be interesting to see what he’s like fully fit. Pictured above.

Brandon Matera (12,10): not quite there yet with his new team but it’s not easy in an often dysfunctional forward line.

Cam McCarthy (11,12): perhaps the main victim of the dysfunction in attack or perhaps he’s not the player we thought he was. Tried in defence in his most recent game for Peel – might work but how many players can you stack into the back line?

Lloyd Meek (no AFL games): caught the eye in the pre-season but now finds himself in the Peel reserves. Actually that’s not a bad place for a developing ruckman.

David Mundy (13.11): having another wonderful season. Spending more time in attack we’re told but it’s hard to know what that actually means these days. Great kick, strong in the air, wins the hard ball…

Lachie Neale (13,6): again a key component. Down for a couple of weeks as he battled some ailment but burst back to top form against Carlton.

Tom North (no AFL games): has looked quite enterprising and skilful in his WAFL appearances. Has been sidelined for the past few weeks but almost ready for a return.

Ryan Nyhius (4,0): might have snared a place in defence for the time being. Composed and quicker that he looks.

Alex Pearce (12,0): a brilliant key defender who plays tight but also takes the game on often seeing gaps where others wouldn’t. Injured for now but won’t be gone too long.

Luke Ryan (13,1): important part of the defence. Marks well and kicks with penetration. 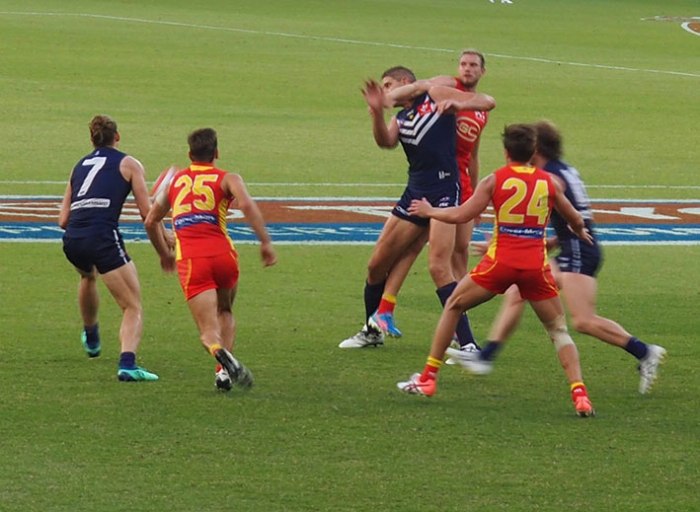 Tommy Sheridan (5,5): has been lively in his return, kicking well and scoring goals. Who would have thought?

Lee Spurr (no AFL games): hasn’t played for Peel. It might be all over for a player who was so important in the good years.

Luke Strnadica (no AFL games): has looked good for Peel where he’s kicked 10 goals and taken some nice marks. There might be a place for him. Pictured.

Cameron Sutcliffe (1,0): is struggling away in the WAFL where he’s taken on the role of a leader. Hard to see an AFL return.

Sam Switkowski (no AFL games): there would have been a place for him in the Freo forward line if not for injury. Clever player who needs to get back on the track.

Matt Taberner (5,6): his injury stuffed up the team more than any other factor this year. He was averaging six marks a game. Hopefully now knows he’s more than good enough.

Darcy Tucker (11,7): losing his tendency to go backwards and has added high marking and goal kicking to his kit bag. A slow burn.

Michael Walters (10,14): will be remembered for the last thing he did before the break (his break coming a week early). We should however recall his mighty deeds on the ball and in attack. He had two things to ponder during the break. (1) Keep your feet. (2) You don’t get free kicks, so just keep playing.

Nathan Wilson (12,1): the most important recruit in years. A fantastic kick who at times gets frustrated by having nothing to kick to. Sort out the forward line and his bloke will provide silver service.