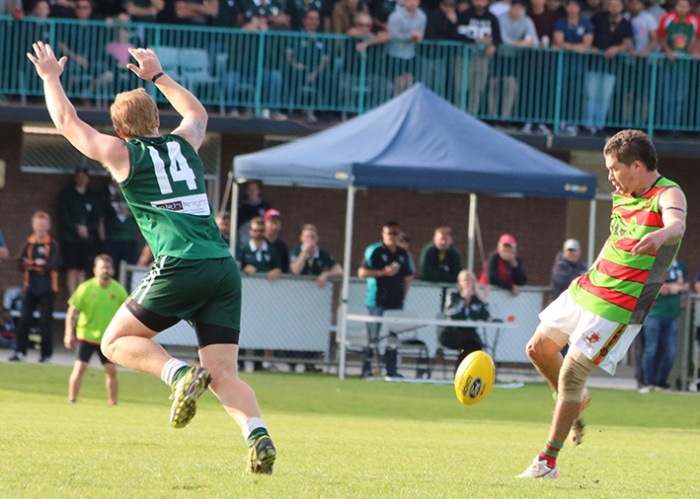 The sealer: Nollamara’s Wayne Ninyette lets fly from miles out.

The task facing Nollamara in the C3 WA Amateur Football League grand final seemed impossible really. They’d been thrashed by Swan Valley in the second semi and then won a hard-fought preliminary final against Ellenbrook. 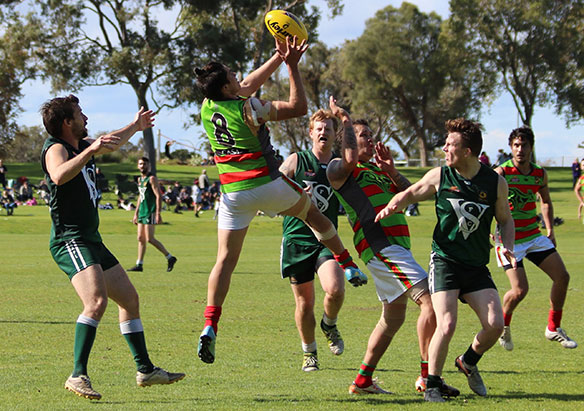 Des Headland played 166 AFL games for Brisbane and Fremantle and was a premiership player with the Lions but this low-grade grand final presented itself as a significant challenge. “I was going to play every second week but I had to back it up after the Ellenbrook game,” he said, “I could hardly walk on Friday and had to play on Saturday.” 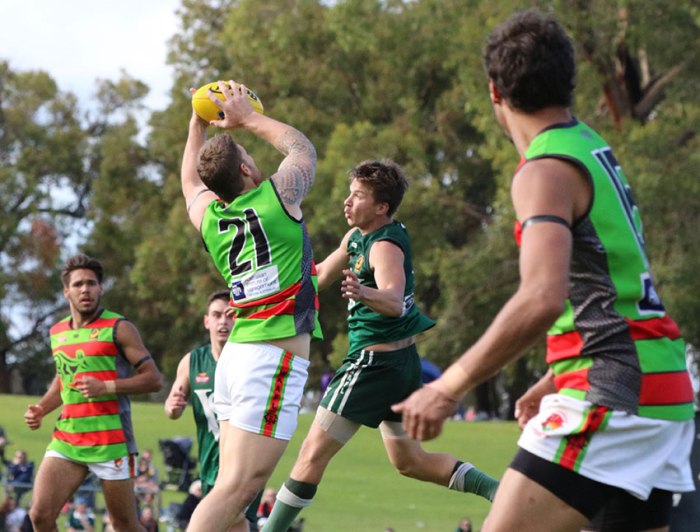 Nollamara knew the boys from the valley would be fresh for the grand final. “We knew the only thing we could do was to get a break on them early,” Headland said, “We were sure they’d be coming at us at the end.”

On the run: Casey Clinch-Phillips

In front of huge crowd at Kingsway Reserve in Wanneroo, things were tight early but Nolla did get the break they wanted and at one stage led by over five goals. The forward line was open and efficient and they had some good ball handlers in defence. But by three quarter time Swan Valley had whittled the lead back and it was anyone’s game.

Valley dominated the early part of the last quarter but just couldn’t put a goal on the board – they chipped away with five consectutive behinds. A strong mark and long goal from Steve Boundry gave Nolla some breathing space but Swan Valley kept coming and drew within three points.

Headland engaged an unusual tactic. Rather than take a negative role behind the play to protect the lead, he drifted deep into the forward line and for a while was unattended. He had a man on him when Nollamara launched one final attack but took a mark on the lead and gave off a quick handball to Wayne Ninyette who launched – let’s say it was from 60 metres – time stood still and players and spectators alike watched the ball bounce through for a goal and a premiership.

Asked about his tactics Headland said that bascially he was buggered, the old body had just about given up and he thought he would be of more use in the forward line. It worked. 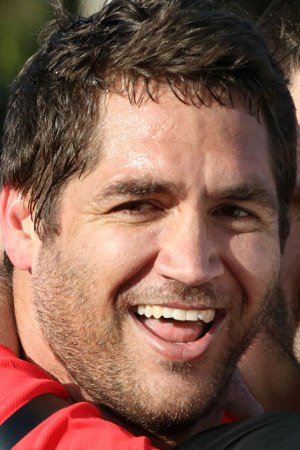 “I was very happy,” he said, “Nollamara is my family club. My old man and my uncles played here and won premierships here so I was very excited to join them.”

Headland paid tribute to Nollamara’s back line, “The defence is the reason we got to where we got to,” he said.

Wesley Walley was named best on the ground, Joel Handford’s ball handling and strength were important in the victory, Nijal Eades did some good things as did Corey Roe and Joshua Narrier. Fairest and best winner Graham Taylor was a good performer as was Sean Little and Casey Clinch-Phillips provided some exciting run,.

For Swan Valley Kurt Tanner almost carried his team to victory with his ball use being near prefect, William Riley played well and Daniel Potts was remarkable in doing everything you’d expect a big man to do but also chasing and tackling brilliantly.

It was a great grand final and we spotted past and present AFL players in the crowd – Shane Yarran, Nathan Krakouer, Dale Kickett and Leroy Jetta and I’m sure there were more. Dual Sandover Medal winner Allister Pickett was the Nollamara runner. 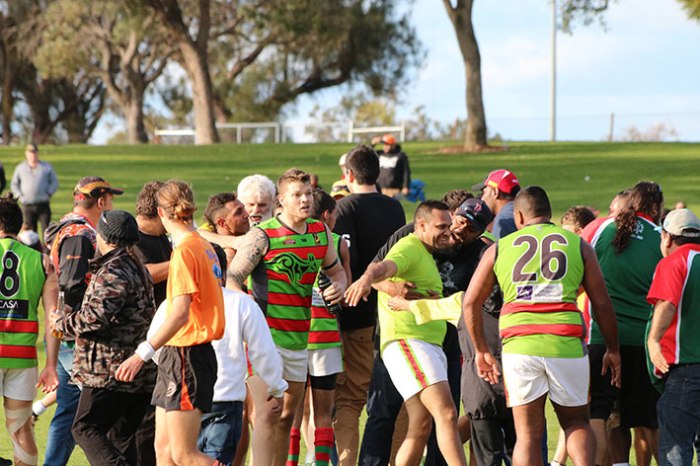