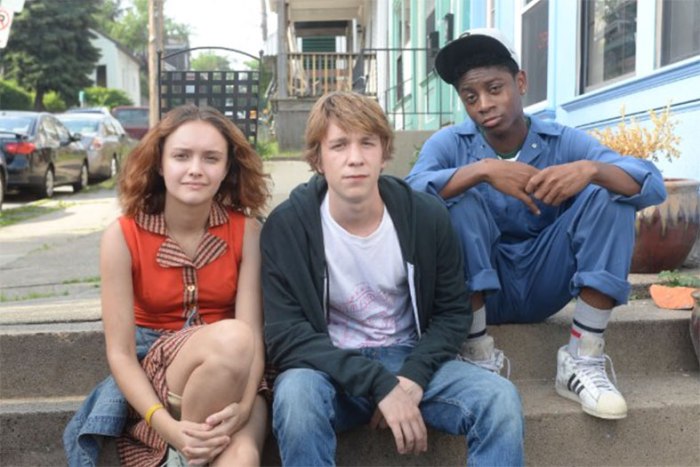 I’ll list the films I liked (like Me and Earl and the Dying Girl, above) later but I just want to mention right at the start – I really disliked Birdman. I’ve been wanting to get this off my chest for some time and now is my chance.

I just couldn’t wait for it to finish. I get that technically it was very clever (the appearance of it being done in a single take etc etc) but in all honesty, I just couldn’t get into it. I’m aware that puts me at odds with 99% of the film-going public but so be it.

My problem was, in no way did I feel anything about any of the characters. I certainly admired much of the acting (Keaton and Norton in particular), but I found myself just totally detached from the story and wanted it to be finished.

Anyway, enough of Birdman (which is what I was thinking after the first half hour of the film) and onto the list of films I did like (in no particular order).

Love and Mercy – great story well told and having two actors playing the main character at different stages of his life in no way detracted.

Still Alice – could have been a tear-jerker but in the hands of the wonderful Julianne Moore was much much deeper than that.

American Sniper – real edge-of-the-seat stuff. Gripping performance from Bradley Cooper and Clint managed to not go all “God Bless America” on us.

Me and Earl and the Dying Girl – great script and fantastic cast meant this film resonated well with this crusty old bastard who is well outside the target demographic for this coming-of-age film.

The Martian – it is rare for me to bother with a science fiction film but I’m glad I did this time. Matt Damon carried it (obviously) and I found myself completely suspending disbelief and getting taken in by it.

Foxcatcher – how can the usually hilarious Steve Carell be so utterly creepy? Superb acting skills I guess. He makes your skin crawl.

Black Mass – speaking of utterly creepy, come on down Johnny Depp. Pistol and Boo’s Dad gave a very compelling performance that lifted this crime drama above the rest.

Musically, the highlight was Paul Kelly and the Merri Soul Sessions at Freo Arts Centre back on 17 January. Sensational! Great set list delivered by some of the best voices in Australia. Loved every minute of it.