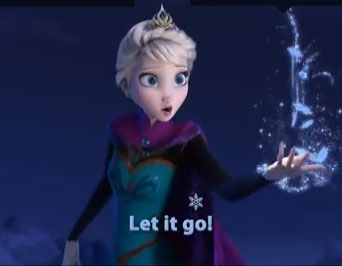 Without a doubt the top movie of 2014 is Frozen.

When the littl’uns – Anna5 and Evie3 – belt out Let it Go you realise why musos are entitled to write songs which make Eurovision appear complex. There is great joy in watching them sing with all their heart and all their soul – and with hand actions.

To Her Door – Paul Kelly

We are in the community rooms in Murtoa which double as the club rooms for the Minyip-Murtoa Footy Club when the games are in Murtoa. A huge cold front is whipping through and the sideways rain is hitting the windows and the roof. It’s the night they’ve turned the new ground lights on and the Burras have gone down to the Horsham Saints by less than a kick. The party is on though, and three blokes form the local band: two guitarists and a singer doing covers from a folder on the floor in front of them. It’s brilliant. The joint is rocking. Everyone is singing and dancing and drinking and talking loud (to be heard). The band plays the Countdown playbook and beyond. Their version of To Her Door gets everyone going. It’s why the talented like Paul Kelly write songs – so keen musos in the far flung places of the countryside can lift a room.

Our family photo album is becoming an epic poem.

The first AFL game back at the Adelaide Oval was quite something. It had substance, which is saying something, given the regime which controls top-level football.

We had a 1996 Rockford Basket Press during the year. Again, a wine with a story, which makes every sip even better. It’s hand-made with old vine Barossa shiraz. My advice: visit Rockford on Krondorf Rd just outside Tanunda.

I get a sense of this from what comes on whenever we turn the TV on. It’s always paused on Tom and Jerry.

Until Theo7’s story of his holiday in Queensland comes out of pre-production, Anson Cameron’s The Last Pulse gets my nod.

Happy Christmas to all and may your Footy Almanacs describe more wins than losses in 2015.