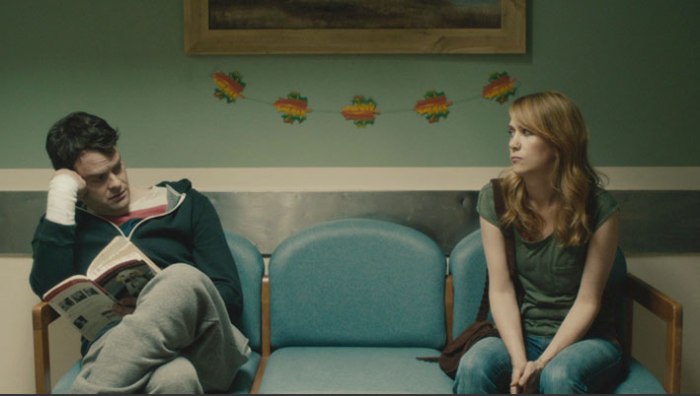 A look at The Skeleton Twins (M)

MILO and Maggie are twins who live on opposite sides of the United States.
After a decade-long separation, Maggie (Kristen Wiig) decides to bring Milo (Bill Hader) back from Los Angeles to live with her and her husband in New York State.
Husband Lance (Luke Wilson) is a genial but slightly bumptious landscape gardener prone to fist-pumping when he’s either happy or excited.
The twins have a range of issues. Milo had attempted suicide with a razor blade in his bathtub while Maggie had almost ended it all with an oversized handful of pills.
She was saved from swallowing them when a telephone call from the California hospital informed her Milo was in care there.
And so Maggie realises the twins should be together again. Gradually, director Craig Johnston reveals to us incidents from their past when the twins were growing up.
Their father possibly handed down a blueprint for suicide when he took his own life. Milo and Maggie were just 12 when their father died.
They’re both pretty dysfunctional as adults and even though Johnston shows us some lovely childhood flashbacks, Maggie’s and Milo’s memories are underscored by the reality of their present day lives.
Nonetheless, both fondly remember dressing up for Halloween while their ability to share humorous moments is touching.
There’s a poignant scene as the twins recreate what is long past. They perform a hilarious lip-sync on Starship’s Nothing’s Gonna Stop Us Now and they’re as close in this scene as they once were as tweens and early teenagers.
But some events from the past just can’t be re-created. Milo who’s gay and a somewhat failed actor tracks down his first love, Rich.
Rich (Ty Burrell) is older than Milo and trying to re-kindle a love which was extinguished quite some time back is doomed to failure.
Maggie, meanwhile, secretly stays on birth control pills even though Lance is confident they’ll be starting a family soon.
Neither of them can cope with the new-age lifestyle of their mother (Joanna Gleeson) so they’re both in unison in expressing very little love at all for her.