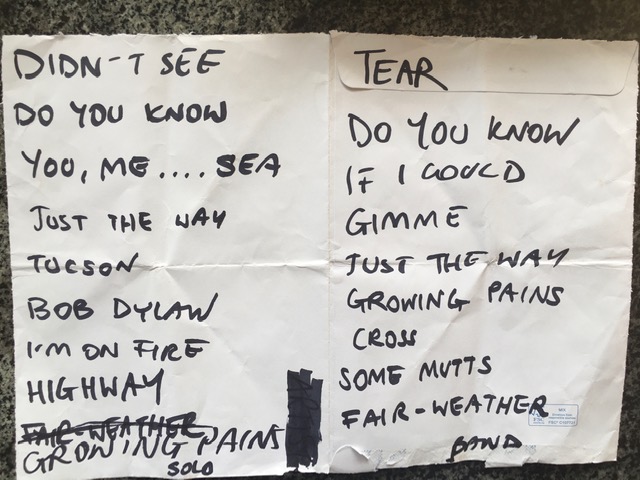 Ever since Arthur Bayley and William Ford discovered gold near Coolgardie in 1892 Western Australians have had a love affair with rocks. But the love of rocks goes back way longer. Katter Kitch or Wave Rock near Hyden is significant to Noongar people as a dancing and camping ground.

Throughout the CoVid 19 pandemic mining and border closure has kept the WA economy strong – not so for the performing arts industry. It has been devastated by venue closure, tour cancellations and lack of financial support. However one impresario stands tall and leads us to rock and Wave Rock.

Raconteur Paul “Sloanie” Sloan, despite all the political and public health barriers of CoVid 19, has pulled off the Wave Rock Weekender two years in a row. He has not only pulled it off but increased the size of the festival exponentially.

This year’s highlights included some of the nouvelle cuisine of music.

Claudia Tero (Claudie Joy and the Joy Boys) put in a sublime cameo of understated guitar and vocals with Jack Davies on a cover of Blaze Folley’s song Clay Pigeons.

Alter Boy set the amphitheater aflame with their queerlectro pop. The musical equivalent of pouring aviation gas onto a mallee root fire pit.

Siobhan Cotchin took to the OG Caravan Park Stage for an 11am “Sunday morning coming down” solo set. She has swagger and is toting two smoking guns –  two smoking WAM awards received four days previously, one for blues/roots and the other the grand prize. It is a riveting set. Award winning song Just The Way It Is justifies all the plaudits. Song Bob Dylan confirms Siobhan as ”una vanquera hermosa“ in her boots of Spanish leather. Then she reveals her absolute obsession with Bruce Springsteen in a glorious cover of I’m On Fire. Siobhan’s voice is a drug and when the set finishes withdrawal immediately begins. But not for long. She is back with her dirty dog band on the amphitheater stage three hours later. They are rock’n’ badass good with Just The Way It Is transforming into an alt country classic.

With sensitivity Siobhan acknowledges the difficulty other performers are going through in other parts of Australia with CoVid 19 and gives a wry shout out to Amyl and the Sniffers who were unable to travel to Wave Rock due to travel restrictions. They then launch into Amyl’s modern punk classic Some Mutts (Can’t Be Muzzled). They finish with Siobhan’s Fair-weather Friend Blues and then the serious withdrawal symptoms set in until next year.

The only hope of cure is a fully CoVid vaxed up Western Australia. I know the rock will be patiently waiting for the dancers to return.