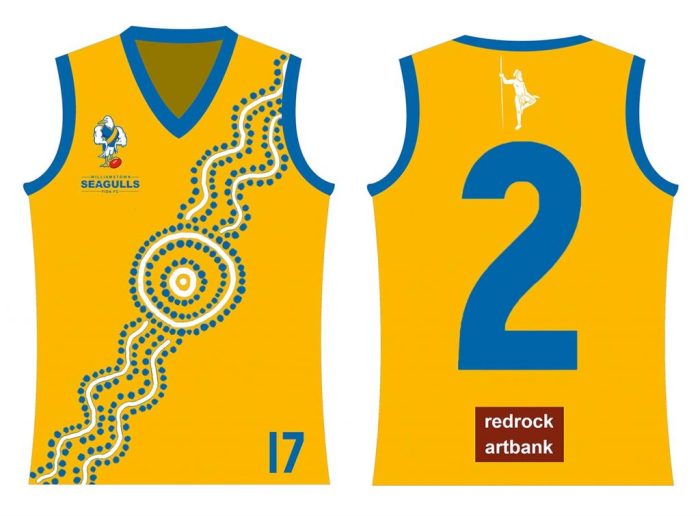 Earlier this season, only a few weeks ago, I wrote a piece called Three Jumpers. It briefly re-visited stories from some time ago about two footy jumpers that have meant a lot over the years, and then concluded with a new story, about a third jumper.

Earlier this decade, about seven years ago, I met a football coach unlike any other I reckon. For starters he kept his instructions straightforward, and repeated them over and over each week. Play the ball, not the man. Don’t argue with the umpires. Don’t get sucked in by opposition niggling. We’re fitter than they are. They’ll run out of puff. Go long with the wind.

He is coach of a club that plays in a league for players with special needs. Over 25 years the league has seen its share of triumphs and tragedies.

The club took me under its wing during a time when I was a little adrift. I joined the committee, became goal umpire, even helped with training drills for a while (wearing the second of the three jumpers, an old jumper of my father’s which coincidentally was the same colours as that of the club). I wrote about the club and the league for The Big Issue and elsewhere.

He read Three Jumpers and sent it to the club’s players and supporters.

Earlier this month, only last week, he invited me to a curious occasion in this footy-season-that-is-not-a-footy-season. “Our home ground is getting a new scoreboard. Some of the players will be there to see it arrive.”

It was a cold sunny morning. Underneath my old club jacket I wore my third jumper (a green, gold and blue get-up bought recently from an opp-shop by my daughter). The players wore team hoodies.

The coach took me aside after we’d watched the scoreboard arrive and while the players were having a kick.

The FIDA Seagulls’ Indigenous and Special Event games guernsey has been designed by Indigenous artist Simon Tjurpurrula, from the Yuendumu Community, Central Australia. 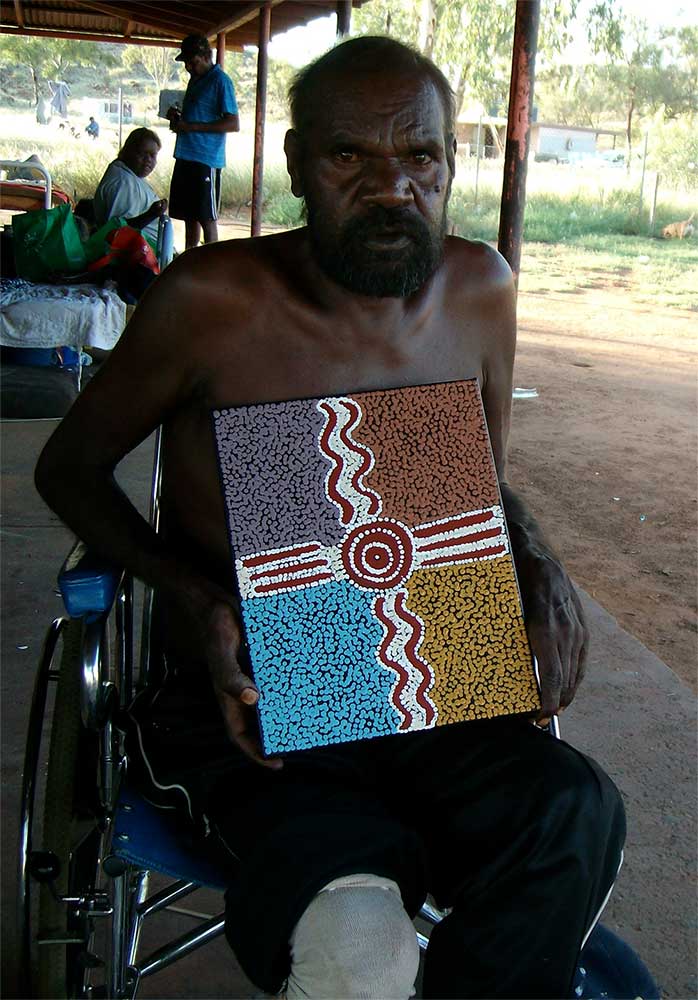 Every jumper has the number 17 on the front bottom left corner, a tribute to a young player, Dan Oakley, who died July six years ago. Dan’s parents continue to be sponsors of the club and their connection with Redrock Artbank led to the creation of the jumper.

Standing on the home ground that sunny morning I doubted I deserved such a gift, such a privilege, given that no player has been presented with the jumper yet (because there have been no games) and that my involvement with the club has waned a little of late.

But the coach was adamant and I was quick to try on the jumper. My first ever brand new jumper. 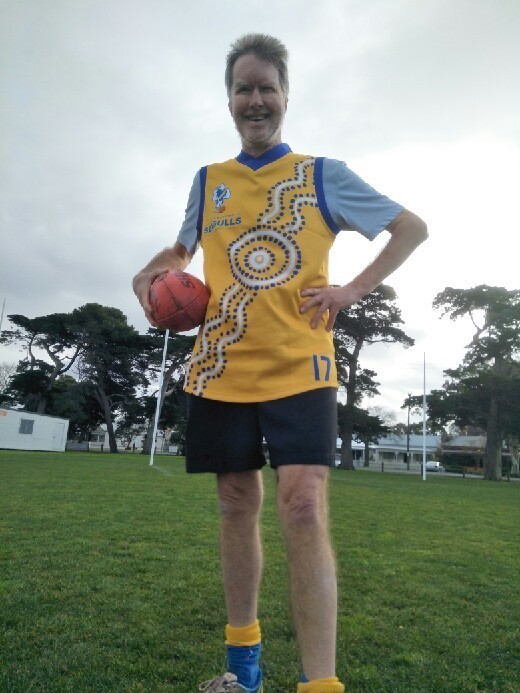 The writer in his fourth footy jumper.

2 thoughts on “The fourth jumper by Vin Maskell”