Six days before the AFL grand final thrashing there was another lop-sided decider. The scoreline was similar and the margin greater in the WAFL grand final. Like the vanquished Giants, the WAFL runners-up South Fremantle managed just three goals for the game and were out of the contest before half time.

The WAFL grand final wasn’t even over before the tirade of complaints began – on social media, among the media, in the crowd and around TVs. The problem was Subiaco

First a look at the game. Most observers were hoping for a competitive grand final and for while it seemed we’d get one. Brock Higgins got his hand to the ball in the ruck, the Bulldogs replied after the Lions got the first goal and things looked even. South Fremantle had chances but looked a bit rushed – Subiaco’s Hayden Kennedy at half back was one who jumped onto the turnovers and soon the teams looked anything but even. Subiaco refused to waste the ball, always made it hard for their opponents and soon had the game under total control. Kyal Horsely put in another grand final masterclass, Sandover Medal winner Lachlan Delahunty played with freedom and joy, Leigh Kitchin, Max Walters and Harrison Marsh joined in while Ben Sokol kicked six goals and was awarded the Simpson Medal. No one played poorly for the Lions and “unknowns” like Michael Braut and Kyle Stainsby caught the eye. South defenders Chad Pearson and Jason Maskos battled on but it was a sad day for the red and whites. 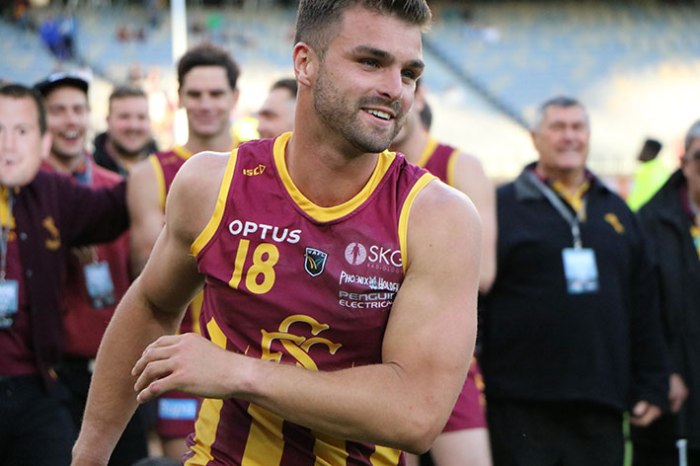 Before the expanded VFL/AFL era Subiaco was just about the WAFL’s least successful club. Its most recent premierships prior to the arrival of the West Coast Eagles in 1987 were 1924, 1973 and 1986. Between 1960 and 1984 they made the finals only six times before a revival under coach Haydn Bunton.

Those with a connection or love for Subiaco will tell you the reason for their recent success is that they do things well. It’s true. The current state of affairs began with coach Peter German in 2003 and a sense of team-first togetherness that has endured. German won two premierships in four years, he was followed by Scott Watters (two flags and a runner up in three years); Chris Waterman (three years, runner up in 2011), Jarrad Schofield (six years, three premierships and twice runner up) and Beau Wardman who took the Lions to a premiership in his first season as senior coach. Watters, Schofield and Wardman took on the senior job after coaching the colts, that says something about good systems.

You only need to watch the Lions warm up before a game to see there’s something pretty special going on. It’s intense, player-run and well organised. The main keeper of standards on field is Kyal Horsley who was captain from 2013 to 2018 and has won the club’s fairest and best award four times, but the team has plenty of leaders and newcomers seem to slot in seamlessly.

Critics of Subi, and the system, point to the fact they’re far and away the richest club in the WAFL. The riches came from being in the right place at the right time – Subiaco Oval. WA’s football headquarters was Subiaco Football Club’s home ground and that caused a slight problem when the West Coast Eagles came into existence in 1987. In 2004 the Lions finally left to make a new home at nearby Leederville Oval.

As co-tenants and then as compensation Subiaco had a bunch of AFL tickets to package up and sell for each Eagles and, from 1995, Dockers game at Subiaco Oval. It was a nice revenue source and the club used it well. That’s why they are now the richest club in the competition.

Critics reckon Subi use their money to pay for players from interstate and other clubs (especially those returning for the AFL) – it’s easy to get around the salary cap they say. It’s not so easy to load up a team with outsiders. As well as a salary cap the WAFL has a ‘Player Recruitment Points’ system where a locally produced player is worth one point and and others higher – a player returning from the AFL but not to his original club is worth 10 points for example and a player with over 100 games in the AFL 12 points. Most non-aligned clubs in 2019 were allowed a limit of 120 Player Recruitment Points across their senior list. In the 2019 grand final Subiaco fielded a team worth 58 points, South Fremantle’s was 37.

Frankston recruits Leigh Kitchin (now club captain) and Lachlan Delahunty (2019 Sandover Medal winner) have each played over 100 games for Subiaco – their points reduce each season. The contentious players in the 2019 team were 10-point recruits Ben Newton (South Fremantle via Port Adelaide and Melbourne), Rowen Powell (Claremont via West Coast), Angus Litherland (Claremont via Hawthorn) and Harrison Marsh (East Fremantle via Sydney). Did a pile of cash influence these players to turn their backs on their original WAFL clubs when they were delisted from the AFL or was it something else? Could it have been the lure of a successful team, big games and the chance to be noticed again?

Matured-aged Subiaco players have been noticed by AFL clubs in recent years with Sam Menegola and Zac Clarke examples of players who have earned another opportunity by choosing Subi while Eagles premiership player Liam Ryan played in two losing grand finals for the Lions and Richmond premiership player Liam Baker played in the 2017 WAFL grand final.

It’s not unusual for WAFL clubs and supporters to raise concerns (whinge) after the premiership has been decided. Many complained after East Perth won flags in 2000, 2001 and 2002 while in a partial alignment with West Coast (interstate Eagles recruits played for the Royals, including C Judd who played one game in 2002) while Subiaco led the chorus of disapproval over Peel’s premierships in 2016 and 2017 under a full alignment with Fremantle.

Whether Subiaco’s dominance is through good management, luck, unfair advantage or playing the system it’s just not a good look. In its annual review of WAFL rules and regulations released in October the WAFC announced changes to the points system and recruiting that affect most clubs – for example the official release from the WAFC review outlined this change for the 2019 runner up…

And what about the premiers?

The dream outcome for the WAFC in 2020 is a grand final that doesn’t involve Subiaco – and maybe a finals appearance for Perth. 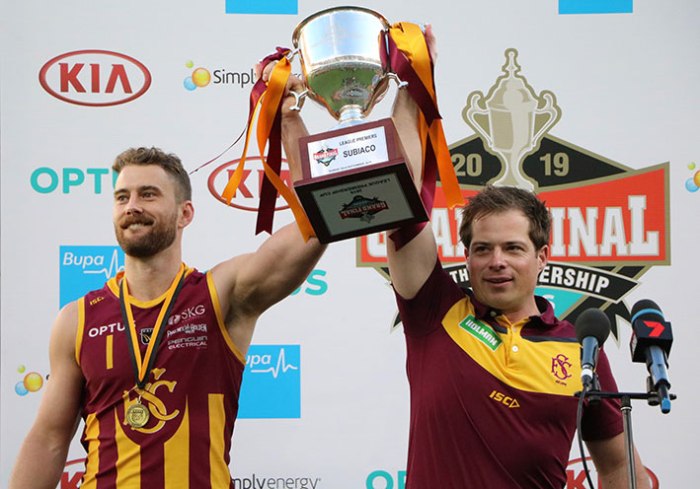