The game at Fremantle Oval was strange. Claremont’s first eight scores were behinds. They were in front by half time. They didn’t score in the third quarter. No goals were scored at the northern end in the first three quarters then the Bulldogs scored three in the last to seal a hard-fought-comfortable-victory. 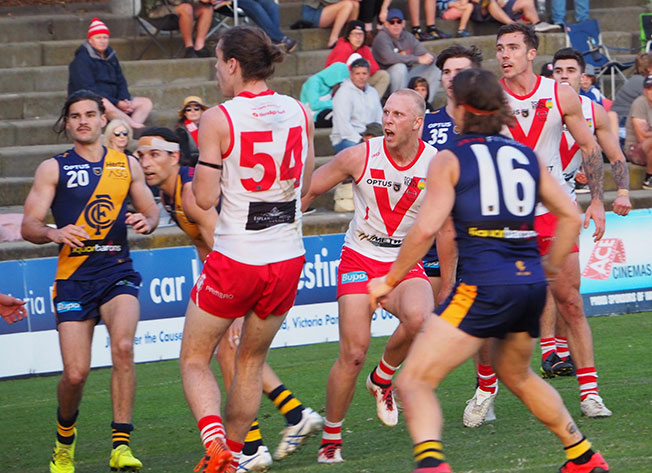 The prize for winning a preliminary final is a meeting with Subiaco who have lost one game in the past two seasons (to South Fremantle in May this year). The Bulldogs have two players capable of dragging the team to victory over the unbeatable Lions. Workhorse ruckman Brock Higgins was as influential as anyone in the preliminary and can exploit Subiaco’s old weakness in the ruck. Not many players in the WAFL are as effective as Haiden Schloithe – his brilliant last quarter goal in heavy traffic to seal the game was a neat reminder of his impact. He has lots to prove in the grand final. Jacob Dragovich scored three brilliant goals to also be worthy of note in the prelim.

For Claremont Jye Bolton got plenty of attention but always looked capable of the dragging his team back into the game while Harrison McCracken had his best game of the season. Ten Tigers had fewer than ten disposals on day when it was hard to get a kick.

A big fly from Zac Strom. He didn’t take the mark.