Claremont, Peel, Swans and South had the weekend off and the three games played were one-sided affairs in wet and windy weather. 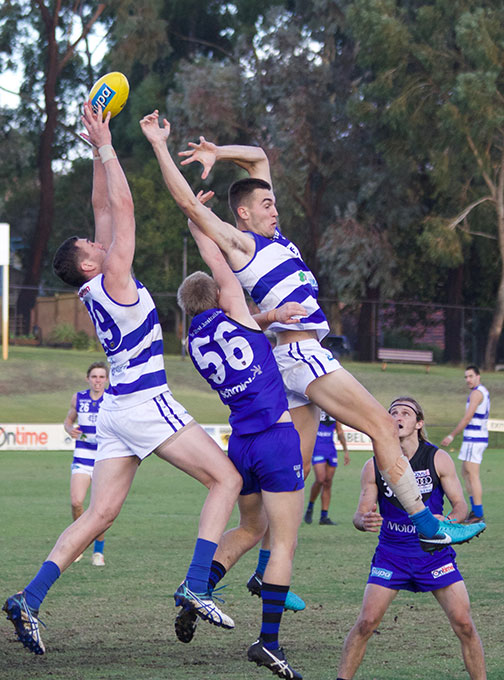 The big news was East Fremantle’s emphatic win over East Perth at Leederville on Sunday – three wins in four weeks is a sign the Sharks are back after a couple of years of living hopelessly. Making use of the conditions when favourable was the key – the Royals found themselves kicking to the non-scoring end in all four quarters though that had more to do with their strangely relaxed approach than the elements. Great ruck work from Jonathon Griffin, stoppage dominance from Nick Kommer and amazing run from Cam Eardley, Blaine Boekhorst and Kody Manning (below right) were at the heart of this impressive Shark effort. Cameron Loersch (top) was a hard to handle target and could have been even more damaging – he kicked 2.6. Stanley Wright was enterprising for East Perth. 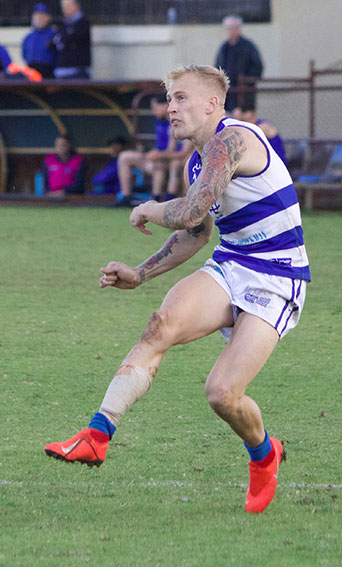 Up at Joondalup West Perth had little trouble disposing of the inaccurate Eagles. Corey Chambers was a star for the Falcons and Connor West capped a busy game with two goals. Ruckman Keegan Brooksby showed a bit for West Coast.

The Saturday game turned out a bit embarrassing for Perth after a promising start into the breeze. In Clancy Wheeler’s 150th game fellow not-so-big big man Lachlan Delahunty played perhaps his best game for Subiaco – and he’s played some beauties. Another former Victorian who enjoyed the conditions was Leigh Kitchen whose stoppage work was superb. Kasey Nicholas did some good things in defence for the Demons.

Round 10: Peel vs South Fremantle; Swan Districts vs Claremont. 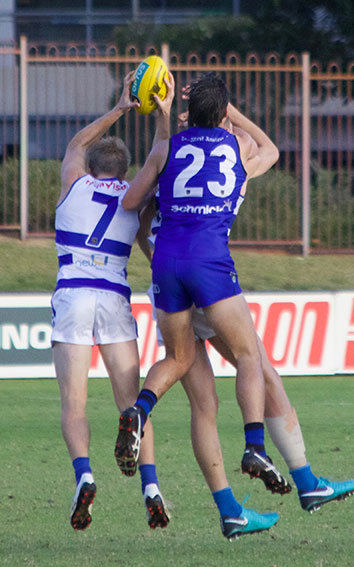 A strong mark by Cam Eardley. All photos by Les Everett