A look at Bendigo footy over the holiday weekend

The top four sides along with perennial strugglers Maryborough all recorded solid wins over the Easter weekend.

As expected Gisborne, Strathfieldsaye and Eaglehawk all posted wins by sizeable margins on Good Friday – victories which most ‘experts’ had predicted. Add in Maryborough’s victory on its home deck at Princes Park and the league and club authorities could be well pleased with gate takings over the holiday weekend. Then there was Golden Square’s demolition of Kangaroo Flat on Easter Saturday, a fixture which was central Victoria’s only major league game scheduled for that day, and club treasurers were busy counting the takings well into the early evenings. But the Mayborough Magpies Good Friday night victory was the one which was most pleasing. The Pies has its earliest win on the board since 2013 with a 15-point defeat of fellow strugglers Castlemaine. And they posted the victory without star recruit Stewart Crameri who was a late withdrawal due to a groin complaint. Fellow former AFL footballer Angus Monfries, now with Castlemaine, booted three of the Maine’s nine goals and was among his side’s better players.

Golden Square extended their winning streak to 37 over Kangaroo Flat meaning the Roos last saluted against the Bulldogs way back in June 2001. And the 72-point pounding relegated the Flat to the cellar as they’ve slotted a total of just seven goals in the opening two rounds: three in Round 1 and four on Saturday. The only blemish for the Square was their poor conversion rate as they nailed only 14 goals from 37 scoring shots. Despite their inaccuracy the Bulldogs extended their lead by each quarter break with the only Flat player able to kick multiple goals: Dylan Klemm with three. The Square, meanwhile had 11 individual goalkickers as Jake Thrum, skipper Jack Geary and Sam Brinsmead controlled the midfield battles. And centre half-back John Coe took mark after mark across the first line of defence with not a Kangaroo Flat player within cooee most of the time. The second term was the only one where Square didn’t score more points than goals. They added 5.5 to Flat’s 1.2.

Eaglehawk celebrated the unfurling of the 2018 premiership pennant with a comfortable 77-point belting of South Bendigo. On the rebound from an opening round loss to arch-rivals Strathfieldsaye the Hawks went on a scoring spree after half-time with a seven-goal-to-one third term. The victory meant that the Hawks have recorded a 19 consecutive win record at Canterbury Park, their home ground. Key forward Sean Williams was in great touch landing six goals – three in each half – while four of his teammates in Sam Harper, Ben Thompson, Justin Bateson and Jarryd Pertzel chipped in with two apiece. It was South’s 13th-straight loss to the Hawks and their cause wasn’t helped by the late withdrawl of big man Callum Crisp. In his absence Richard Tibbett ruled in the ruck to feed Hawks’ gun midfielder Brodie Collins and half-back Ryan Gillingham. South was best served by playing coach Nathan Horbury, Will Tobin and Regan Harvey.

The Storm defence held Sandhurst to a meagre total of six goals in the Good Friday evening clash at the QEO. Strathfieldsaye was 35 points ahead by the long break and in their two games to date – both against fellow finals contenders – have conceded a miserly three first-half goals. Former Ron Best medallist Lachlan Sharp nailed his second bag of six goals to open the 2019 season with consistent Fergus Payne contributing three. Ben Lester was the Storm’s best. Sandhurst went into the game with a number of changes from Round 1. Lachlan Tardrew was a late call-up to Collingwood’s VFL team and was the most significant ‘out’ from the opening round team. Lachie Ross and Matt Thornton booted two goals apiece for the Hurst.

Pat McKenna showed why he’ll be a key asset for Gisborne by booting eight goals in the Dogs’ demolition of Kyneton. Pundits knew he’d be a major asset for the Graveyard Dogs with AFL experience under his belt but his impact has been felt immediately at the Gardiner Reserve.

McKenna spent four years all up on the AFL lists of GWS Giants and the Melbourne Demons.

Gisborne led Kyneton 86-23 at half-time on their way to a 95-point thrashing of the Tigers, a win which ended a string of eight consecutive losses to Kyneton. Best for the Tigers, who’ll struggle to make it five finals appearances in a row this year, were Rhys Magin and recruit Rhys Smith. 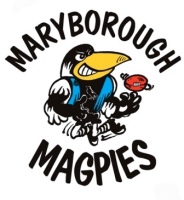 At Princes Park a quartet of Maryborough players posted two goals: playing coach Ben Lavars, key forward Jayden Templeton, Matthew Bilton and Jordan Fraser. Lavars was especially pleased with the win because as well as Crameri three other important young players were missing: Coby Perry, Jacob Long and Mitch Kennedy. Templeton was Maryborough’s best as he applied a lot of defensive pressure from his forward spot. Around the stoppages and boundary throw-ins Lachie Butler and Jayden Hooper were the Princes Park Pies best while for the Maine Magpies Matt Filo (son of joint Castlemaine coach Shawn Filo) and Braidon Blake (two goals) were among their better players.