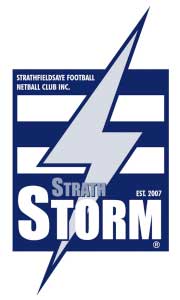 STRATHFIELDSAYE key forward Lachlan Sharp snagged an incredible 17 goals in the Storm’s massive 158-point belting of Castlemaine on Saturday. Sharp actually finished the match at Storm’s Tannery Lane home ground with 17.11 as he posted the highest total since Grant Weeks’ 21 for Golden Square against Kyneton in 2012. “It’s a nice feeling to kick 17, but all the credit has to go to the players up the field,” Sharp told reporters on Saturday night.

It didn’t look like Sharp and the Storm were going anywhere much in the opening quarter. It took Strathfieldsaye 16 minutes to land their first goal, but then the floodgates opened as the Maine Magpies were swept away. Sharp did miss a handful of shots he’d normally bag but the 17 he finished with was three better than his previous best: 14 against Maryborough last year. The Michelsen and Ron Best medallist was fed match-long by Shannon and Kallen Geary from the half-back line, along with Trent Formosa and Trent Donnan at ground level while recruit Bryce Carroll showed his class across half-forward. Castlemaine was out-bodied and outrun by the Storm although midfielder Jake O’Brien and big men Braidon Blake and Dylan Atkins tried hard. Although Sharp’s feat was sensational it was still seven goals short of the BFL record, held jointly by Bendigo City’s Dave Mahoney and Eaglehawk’s Harry Morgan. They each booted 24 majors: Mahoney in a September, 1913 final against California Gully and Morgan in the concluding 1953 home-and-away match against Rochester. 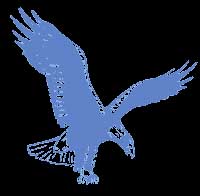 In other games Eaglehawk rebounded from a rare defeat down at Kyneton in Round 5 with a 46-point belting of South Bendigo at Canterbury Park while Kyneton held onto fourth spot by beating Sandhurst by 31 points. Some of Kangaroo Flat’s younger players weren’t born the last time the Roos beat Golden Square. That was back in round 8 in 2001 so 17 desolate years have passed for the hapless Roos. In Sunday’s AFL Victoria WorkSafe Game of the Month Square belted the Roos by 74 points as the Dogs’ Jack Geary and Hamish Morcom booted nine goals between them.

Fired by prolific midfielder Ben McPhee, Eaglehawk led all day against finals contender South Bendigo to record a comfortable 46-point win. The Two Blues boast a bevy of young stars with Jack Fallon, Jonty Neaves and Gedd Hommelhoff all prominent at both ends of the ground and also inside forward 50. The Hawks burst away with 11 first half majors to South’s five to lead by 37 points at half-time. Sparked by Liam Bartels and Isaiah Miller the Bloods went goal-for-goal with Eaglehawk in the second half but they could never quite close the gap. Hommelhoff booted two late third quarter majors and Fallon the first of the last term (with a clever left-foot around-the-body snap) as the Hawks consolidated their spot in the BFNL’s top three. Giving away plenty in height Cam McGlashan stuck with South’s towering centre half-forward Kieran Strachan for most of the day although the Bloods’ big man did land two of his side’s 10 goals. Playing coach Josh Bowe praised the evenness of his Eaglehawk players’ work rate stating that they “hardly had a poor player as the club prides itself on every player contributing.” 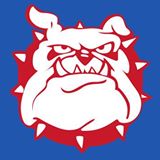 Gisborne playing coach Clinton Young stepped onto Gardiner Reserve with the Graveyard Dogs for his first game in charge against Maryborough. The former Hawthorn premiership player booted two goals while younger teammates in second-gamer Sam Ramsey (4) and Ryan Baker (3) were also prominent. Gisborne recorded 37 scoring shots to the Magpies 12 in a game which went to script right from the opening bounce.

The Bulldogs, although inaccurate with 4.8 on the board, led by 20 points at the first change and then by 53 points at the main break. Maryborough did bounce back as they added 4.3 in the final term with experienced duo Luke Bucknall and coach Ben Lavars prominent. 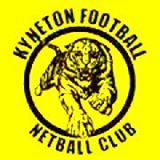 Kyneton downed Sandhurst at the Showgrounds for the third season in a row with the defence holding the Dragons to a meagre eight goals. Key defender Harrison Huntley was again among the Tigers’ best with inside midfielder Josh Govan continuing his great form. Jake Ward kicked four goals against his former Hurst teammates with ruckman Darcy Harris continuing his solid 2018 form. Despite their long list of injured players – a list which includes playing coach Andrew Collins, ex-AFL player Daniel Connors and Michelsen Medallist Lee Coghlan – the Dragons were within a point at half-time.

Then the Tigers added nine goals to four in the final half to leave Sandhurst 0-3 against fellow top five teams this season. 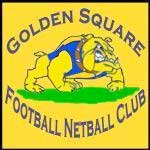 Golden Square warmed up for this Saturday’s blockbuster clash against the Storm with a 74-point thumping of Kangaroo Flat on Sunday. Despite the late withdrawal of key midfielder Adam ‘Skinny’ Baird the Bulldogs had too much run and class through the middle and off half-back for the young Roos. Skipper Jack Geary nailed five goals and Hamish Morcom four as their teammates in defence – especially Jake Thrum with his precise kicking – restricted the Roos to just eight goals for the day. “We laid a lot of tackles and Flat didn’t score much from turnovers which was a good sign,” Square coach Bernie Haberman said. The Roos did rally in the last term to cut a 10-goal deficit to six as Cam Rinaldi fired up at full-forward before the Dogs stepped up a gear to extend the final margin to a touch over 12 goals.