Promising much, 2017 lived up to the hype of the big-names releasing music. There seemed to be an abundance of popular figures unleashing albums and songs on the masses, as a plethora of sound was produced in a bustling musical year. The popular headlines, as well as the chart-breaking albums, formed a year of evolving and entertaining sound. 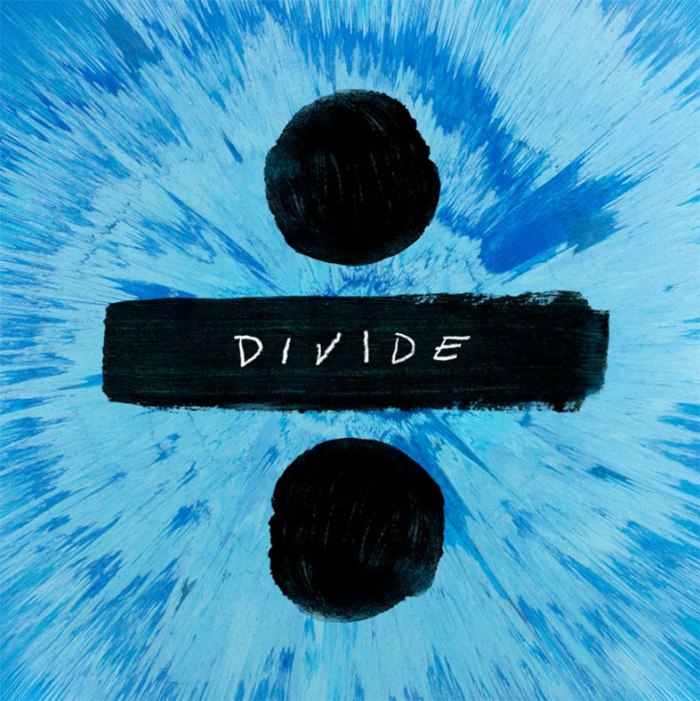 As predicted in my 2017 musical preview at Almanac Music, Ed Sheeran did indeed rise to stardom and take the world by storm. Not holding back in January 2017, Sheeran mixed it up and surprised the public with a massive double single release of songs that immediately teemed the radio waves – Shape of You and Castle on the Hill. Since capturing the crowds with these two chart-toppers, as Shape of You broke all sorts of records in numerous countries, the release of Divide, Sheeran’s third album, smashed the charts and soared to a dominant level. With all songs on the album filtering into the top 20 of Spotify and iTunes charts in Europe, America and Australia, the album and its deluxe edition still perch in the upper echelon of rankings in Australia. With the later single releases of Galway Girl and Perfect, the latter having two later remixes released to continue entrancing listeners, the hype level was maintained, propelling him into early favouritism for Grammy awards next year. These singles encapsulated an album that once more slightly altered Sheeran’s sound, as his transformed acoustic sound on ‘+’ to the well-produced booming popularity of ‘x’ has once more morphed into culturally diverse music that includes hints of Irish/ Gaelic, African, Spanish and inherently English background. With a huge global tour already underway, with four Dockland Stadium shows prepped to hit Melbourne in March following up his headline Glastonbury slot, Sheeran’s touring 2018 will further solidify his standings as one of the modern powerhouses of contemporary music.

You would think after a 17-year-old releases a world-wide hit album that included Royals and Tennis Court that their sophomore album would most likely fall to the scrutinies of pressure, but Lorde showed everyone in 2017 that she can surpass these lofty expectations. Releasing Melodrama, introduced by the single Green Light which has littered advertisements and soundtracks, as well as a likely top three finish in Triple J’s Hottest 100 countdown, Perfect Places and Homemade Dynamite increased the demand for this superb follow-up album. Perpetuating her popular sound full of hip-swinging melodies, a thumping beat and introspective lyrics, Lorde wowed the crowd and rose into even higher popularity among fans. Another artist likely to feature when it comes to Grammy calculations, she has managed a rare feat – to transcend genres and listeners to establish a cross-section of fans from differing backgrounds and musical preferences. And for that, we all praise the Lorde. 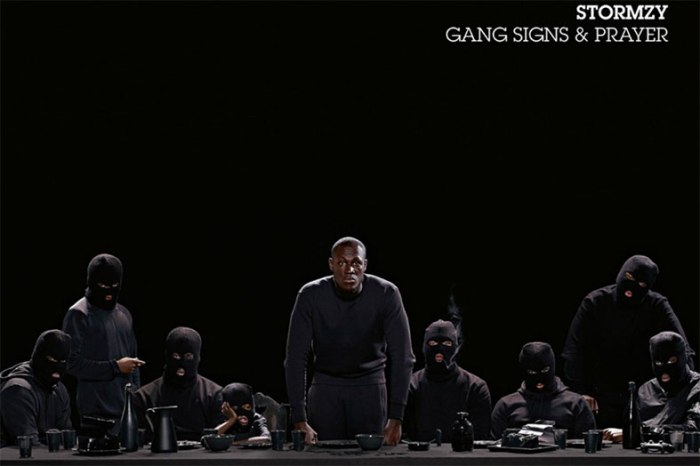 In a genre that is so often globally ignored, or ridiculed, Stormzy has been a pioneer, as his debut album became the first grime (a genre of UK garage music) album to attain the number one spot on the UK Albums Chart. After largely successful single Shut Up first propelled his name in 2015, Stormzy’s follow up effort has been extremely successful, going gold within a fortnight. Included on the album, it partners hits such as Big for Your Boots and both parts of Blinded by Your Grace to create a resounding sound that is comfortable in itself and its talent. With more live acts to follow for the forefront of grime music, Stormzy is headed for a 2018 that will continue the immense success he achieved in 2017.

A late challenger: The Thrill of it All – Sam Smith 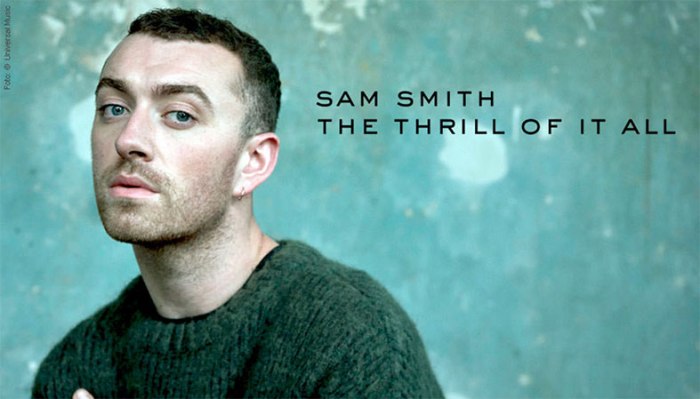 From the lead single Too Good at Goodbyes, it was easy to assume that Smith hadn’t lost a touch of his sweetly devastating voice that crooned pessimistic love songs, such as previous successful tunes in Stay with Me and Lay Me Down. With his album release flying under the radar due to being later in the year, it was hardly recognised that Smith had debuted as number one in the UK Albums Chart, and went on to become his first number one US album. In spite of tensions surrounding marriage equality and homosexual rights in 2017, Smith’s change of sound between tunes One Last Song and Pray outline his diversity, as the use of gospel, thumping beats and varying tempos has allowed him to secede his tag as a ‘slow song specialist’.

Evidence for this, from an Australian point of view, is their effort at the AFL Grand Final. Pre-game they were a spectacle, nailing an incredibly difficult position through their classics, some swagger and a Midnight Oil cover. Perfect. After the game, they performed a full length set to a bursting crowd, minus the celebrating Richmond fans who had other things on their mind, namely football glory. However, they were soon to be pleased, as all-time favourite Mr Brightside didn’t just turn the MCG into a mosh pit, it sent global headlines out through Jack Riewoldt’s improvised on-stage performance with them. Other than this, their tour after releasing Wonderful Wonderful has wound back the clock, managing to release a new burst of rock in live performances that are full of honesty, effort and a lot of enjoyment. With a 2018 May Australian tour planned, they will be back once more to wow the crowds.

To Triple J listeners, the name will be of no surprise, as they will feature heavily in the Hottest 100 Countdown after releasing the highly acclaimed Quiet Ferocity this year. Formed in 2011, this Australian band have released two albums prior to Quiet Ferocity, with their craft building up through enjoyable and carefree tunes She’s a Riot and You’ve Got Something. Moving to 2017 and Quiet Ferocity heralded a maturing of their light pop and entertaining alternative melodies that fuse synth undertones to a light-hearted feel. With songs such as Bad Dream and Used To Be In Love they hooked in the listeners which led to them being voted by the Triple J crowd as one of the top ten albums of the year. When listening to Quiet Ferocity further, On Your Way Down and Feel The Way I Do are highlights, with their synth break outs evoking summer bliss and passionate euphoria. Keep an eye out for them in the Hottest 100, as well as on the tour circuit at special events such as the Australian Open.

2018 prediction: A mixture of possibilities

Due to the unconfirmed nature of several albums, there are a few options that I have been left with. First up is experienced and chiselled English rock band Arctic Monkeys, who have long teased a follow up to the 2013 smash hit record AM. They have supposedly been recording in a ‘secret location’, leaving all fans hoping that 2018 is the year where the fresh face of rock makes its renaissance.

Next is British pop/alternative/indie/rock group The 1975, who have suggested that possible album Music for Cars will be released around the June 2018 area. Cryptic hints from lead singer Matty Healy’s Instagram have suggested possible song titles, but considering the popularity of their two albums since breaking onto the scene, they will be a favourable musical act in 2018.

Finally, if both of these acts fail to produce a much wanted record, then look no further then Australian alternative band Ball Park Music. Experienced, the Queensland group have been around since 2008. After 2014’s Puddinghead, which featured popular Triple J and alternative rock song She Only Loves Me When I’m There, along with Leef on 2016’s Every Night the Same Dream, they are primed to continue evolving their true rock sound that inspires thoughts of Powderfinger. With singles Exactly How You Are and The Perfect Life Does Not Exist already released, the album has already been established as light, feel good and beautifully Australian and sunny in its disposition. Enjoy listening to these heart-warming tunes. Hopefully Australia can also be lit up by the return of Sticky Fingers.