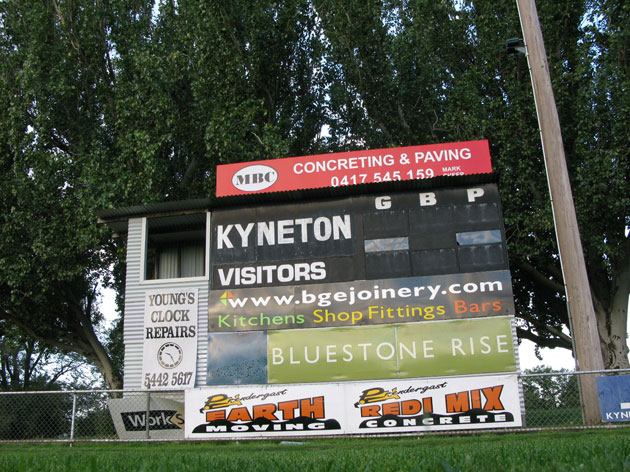 KYNETON made sure their historic first home game under lights would be a memorable one by handing struggling Castlemaine a 155-point drubbing at the Showgrounds.

Saturday night’s demolition of the Magpies – the Maine’s second major flogging is as many weeks – showed BFNL footy followers the Tigers are the real deal.

Even though the Magpies looked a lot sharper early on than in round two against Sandhurst the Tigers were quick to get going.

Midfielders Rhys Magin, Fintan and Nicholas Brazil and Kevin Clark continually pumped the ball forward. Weightman and Scholard were in sparkling form as the Tigers banged the ball to the town end big sticks.

And despite Mark Ramsey booting an early Maine goal, by the first break Kyneton was out to a 25-point lead.

The Magpies were in for a long night, especially as the middle two quarters ran to 33 minutes and 31 minutes, respectively.

Weightman owned the third quarter. He booted five majors, even marking from behind against an accomplished Maine defender in Harmit Singh.

What Weightman didn’t convert, Scholard did. Nicholas Brazil sent a high ball in the Scholard direction and after a stuttering run from the grandstand flank the spearhead hammered home his fourth major.

Castlemaine managed to score 4.6 in the second half despite the Tigers piling on 17.5.

Magpies Jarryd Graham and Kal Huntly worked hard as their deficit ballooned into three-figures yet all too often their forward moves were chopped off by small Tiger defenders Kevin Clark and Taylor Kelly.

The last term was a formality. The Tigers kept the massive crowd bubbling as they added another seven goals.

Kyneton coach Luke Beattie said it was gratifying his top-of-the-table Tigers were able to repay the great community support his club had garnered.

“The spectator turnout was outstanding for the match and we had moments of really strong footy in the first quarter. And then for the last three quarters I really couldn’t fault the boys at all.

“We’d been in and out in the first two games, particularly against Gisborne. So we were aware of trying to maintain that consistency and keeping the run in the legs in the last five minutes of each quarter,” Beattie said. 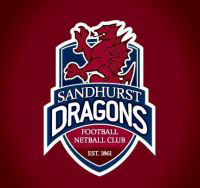 Superior forward efficiency was the difference between the Dragons and the Square with the Bulldogs kicking atrociously.

Their first 10 scores were behinds with the home side’s first goal not coming until the 23-minute mark of the second stanza.

Hurst’s lead was slashed to 10 points midway through the third term but with skipper and star midfielder Jack Geary (right eye injury) off from mid-first term the Square was always going to struggle.

Sandhurst broke the game open with four unanswered goals in eight minutes in the third.

And by the last break they were 21 points up.

In the final term Golden Square got as close as 14 points before the Dragons capitalised on two crucial home side errors to steady the ship.

Travis Baird, although hampered by a leg strain, relished playing out of the goal square for the Dogs. He booted 4.6 through aggressive play, marked strongly and applied ferocious tackles.

And the Magpies have lost 41 games in a row with 10 of those losses by 150 points or more.

STRATHFIELDSAYE’S small forward Lachie Sharp was another sharpshooter to have a field day, booting 10 goals against Eaglehawk at Flight Centre Park.

Sharp wasn’t expected to start playing until mid-May following a knee reconstruction but he’s bounced back in scintillating form. 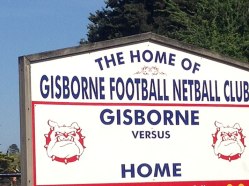 Inspired by early third quarter goals to Andre Headberry and Trent Crosbie the Gardiner Reserve Dogs turned a poor opening two terms into a stunning second half revival to leave the Roos winless.

Everyone at Dower Park could have been excused if they thought the Roos’ half-time lead would be enough. After all, they led by 34 points: 7.6 to 2.2. Charlie Bowyer had booted three Roo goals.

But the Dogs nailed six third quarter goals to none to take a five- point lead into the last break.

The Roos did regain the lead six minutes into the last term from a Corey Greer set shot major before the Dogs slammed on four goals in nine minutes, starting with a top set shot major from a bandaged-up Jack Baker.