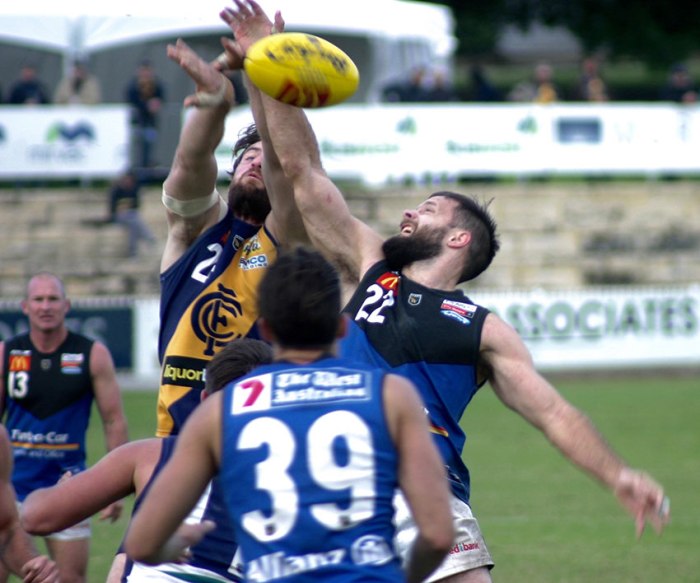 Subiaco kicked 5.1 before Ryan Cook kicked South’s first but the Bulldogs battled on to make a game of it. Chris Phelan and Adam Cockie were outstanding in the midfield for the Lions, Liam Ryan kicked three goals and provided plenty more inclusions for his highlight reel and Jordan Lockyer was good in defence. For the Bulldogs Brock Higgins was admirable in the ruck, Shane Hockey won the hard ball and Ben Saunders kicked three goals.

At the Showgrounds East Perth took the early running and hung on against a game, fumbling, bumbling Claremont. The Tigers scored 3.6 to 2.0 in the last quarter and can only blame themselves for falling short. Nathan Blee was active in defence for the Royals as was Mitch Fraser, Xavier Ellis got better as the game went on and took a couple of timely maHayden Busherrks in the last quarter, Mark Hutchings did some good work, Brant Colledge capped a solid game with two vital last-quarter goals and Paul Johnson was, as usual, effective in the ruck. Matt Davies was constructive for the Tigers, Jye Bolton maintained his high standards, Tom Ledger used the ball well, Francis Watson did some good work in defence, Hayden Busher was a strong presence and Beau Maister kicked three goals but will spend some of his down time reflecting on the marks he missed. 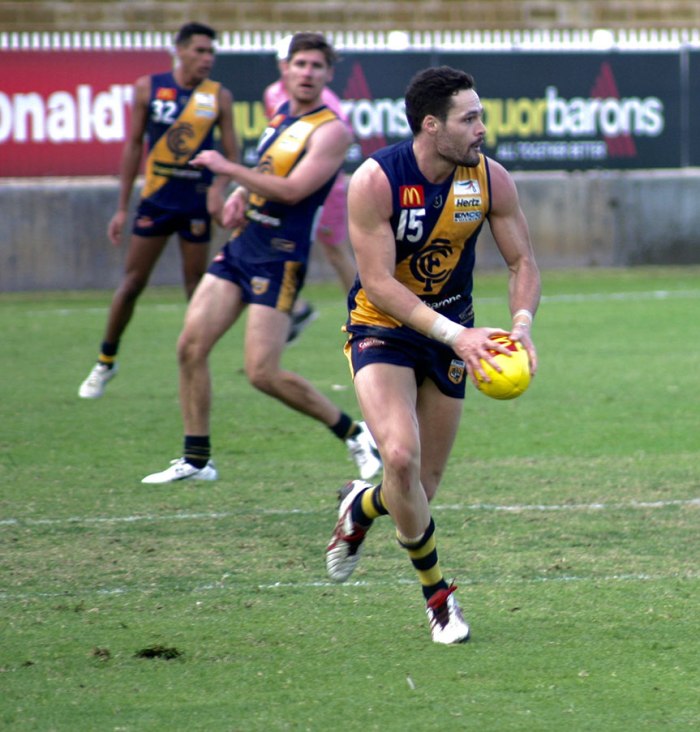 A couple of hundered kilometres away in Cunderdin, Peel took control early and, despite scoring just 1.7 after half time, hung on to beat Perth by 11 points. Andrew Haydon had another good game for Thunder, Alex Silvagni marked well in defence, Matt De Boer did lots of hard work, Blair Bell kicked two goals and Calvin Thorne was effective. Michael Sinclair and Clint Jones were again good for the Demons along with draft prospect Zac Fisher.

At Bassendean East Fremantle did what they needed to do in beating bottom team Swan Districts by 18 points. Early inaccuracy stalled the Sharks but they held the plucky Swans at arm’s length for the afternoon. Liam Anthony was outstanding in the midfield for East Fremantle, Cameron Eardley was back to his best, Ryan Lester-Smith was again creative in defence and Brett Peake and Matthew Watson each kicked three goals. Tony Notte and Matt Riggio again looked good for Swans, Todd Banfield and Kirk Ugle were active in attack and each kicked a couple of goals.