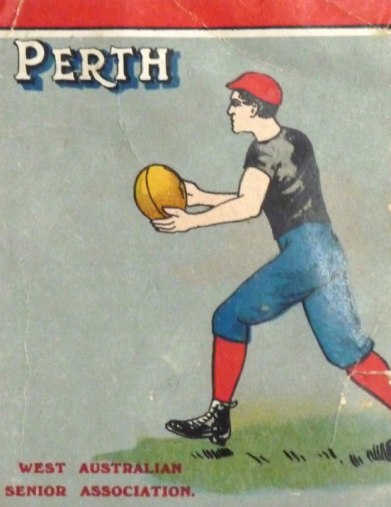 EAST FREMANTLE haven’t won a WAFL premiership this century. Perth haven’t made the finals since 1997 and last won a flag in 1977.

Tommy Wilson. One of the early greats of Fremantle football, Wilson began his career with North Melbourne in the VFA and and played with Fremantle and Imperial before joining East Fremantle. The team included James Doig, Jas Doig, Charles Doig and the legendary David ‘Dolly’ Christie.

Jack Leckie was in charge of Perth. He played with Essendon and Fitzroy in the VFA, was a champion with Boulder City in the powerful Goldfields league and would later coach South Fremantle, Subiaco and West Perth. In 1921 he coached WA to victory in the national carnival. His 1907 team included two other members of the Perth Football Club Hall of Fame – defender Harold Crase and ruckman Alec Clarke.

So what happened on Saturday 28 September 1907 when these two powerful teams met in the grand final at the Showgrounds?

Newspaper reports tell us East Fremantle won a high-class encounter by five points. The headlines hint at a protest. 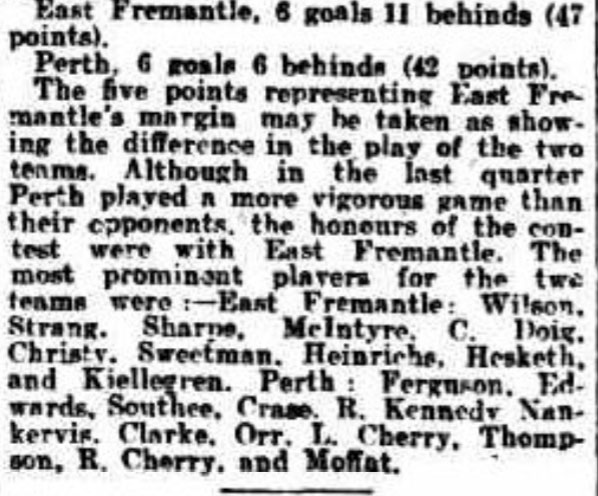 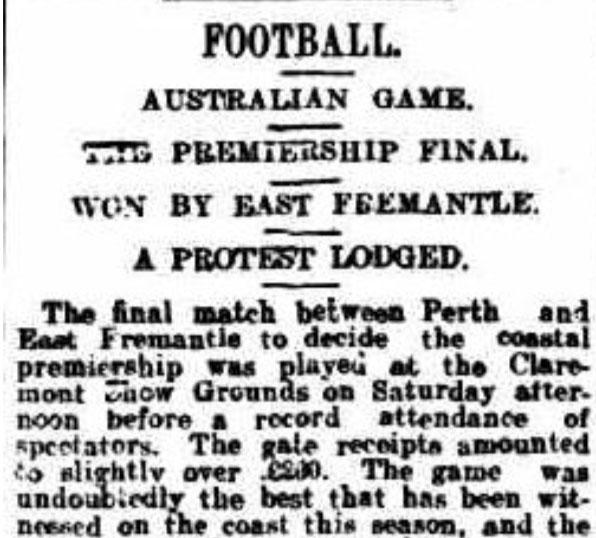 Peter Kennedy, an acclaimed political reporter with The West Australian, Sydney Morning Herald and the ABC, is a Perth Football Club supporter. He’s been looking into the 1907 grand final.

At the next gathering of the WA chapter of Australian Society for Sports History Kennedy will tell the story in a presentation titled The Grand Final that Split WA Football. He will also retrace the events which were revived when the two clubs met in the 1955 grand final – it was Merv McIntosh’s last game with Perth and Jack Sheedy’s last with East Fremantle. It was close and Peter  Kennedy was there.

The function will be held on…

There is no charge.