IN March 1986 while living in Darwin I was fortunate enough to be able to visit the Tiwi Islands. I went mainly to see the Tiwi Islands Football League grand final between Imalu Tigers and Tapalinga Hawks (now called the Super Stars).

I flew out on a DC-3 which was in itself a memorable experience as it was a very bumpy one-hour trip that seemed to take much longer than that.

After looking at the local architecture and going to the craft displays I found the football ground and watched events unfold.

The local population was out in force to cheer on their respective teams, with children in particular in large numbers. Each team ran onto the ground, not through a banner but accompanied by a swarm of supporters. It was all very informal and somehow out of the general chaos order was restored and the game commenced.

Some of the players wore no boots but this was no disadvantage it seemed. I was in awe of the leaping ability and speed the players displayed with both teams almost scoring at will. The result was a surprise with Imalu scoring 21.3 (129) to Tapalinga 19.15 (129)… a DRAW!

This was the first time since the competition began in 1969 that a grand final had resulted in a draw and the players and supporters were devastated and obviously disappointed, not knowing what to do. I thought perhaps extra time would be played however, because this was a first, probably no policy had been put in place. Subsequently a replay was held which I did not see unfortunately and in that Tapalinga won 24.12 (156) to Imalu 22.3 (135). 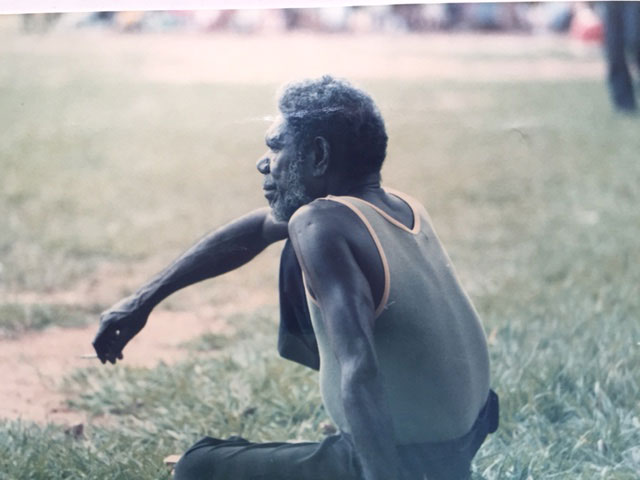 There hasn’t been a draw since so I was lucky, or unlucky, to be there but I hope that now a policy is in place to play extra time, as is finally being mooted for AFL grand finals.

Sadly I did not have the foresight to photograph the scoreboard, not thinking it would be useful 30 years later for scoreboardpressure.com – perhaps that will be done before too long.

Bus to the game