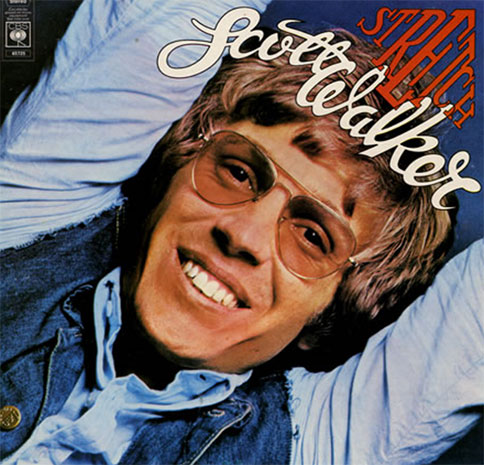 In my best of 2014 https://australianrules.com.au/2014/12/22/literally-the-best-of-2014-in-no-particular-order-by-nick-gye/ I made a startlingly omission. I had acquired an album late in 2014 and hadn’t listened to it when I put the list together. I now have to put matters right. I am referring to Soused.

How many singers/bands from the 60s can we say are still producing fresh work and are not just trading in on songs of decades past?  Whose current output is not judged by their reputation? John Cale springs to mind, Leonard Cohen, Neil Young, and David Bowie. Robert Plant has recently put out some good material, and Tom Jones came out with a pretty good album a few years back. What about Bob Dylan I can hear some protest.  Hmmm, I for one never bought into the Dylan fable.

Well, there is one name that is overlooked by many, but on the criteria above he out punches them all: Scott Walker.

Many recall the name Scott Walker but have trouble thinking of a song of his. And there is another Scott Walker whose name sometimes troubles the screen on the TV news, a possible candidate for the US Presidency who is big with the happy clappers set.

Scott started young, releasing some 45s in his teens in his own name of Scott Engel, before becoming part of the Walker Bothers in 1964 and going by the name of Scott Walker. Moving to England in early 1965 they met with success, quickly scoring three UK top five singles before splitting in 1967. Their best known hits were Make It Easy on Yourself and The Sun Ain’t Gonna Shine (Anymore).

Scott then released three albums each year from 1967-1969 – Scott, Scott 2 and Scott 3, all of which were top five sellers, Scott 2 going to #1 in the UK. These were a mix of his own writing and of other songwriters, including Jacques Brel. While the sound was similar to the Walker Brothers, the lyrics were telling another story. There were songs about transvestites, prostitutes, gonorrhoea, daydreaming psychotics and references to Scandinavian cinema. Scott’s own compositions gave a hint that his writing was heading in a different direction. In a BBC documentary from the mid 1990s, Scott explains that when he was a guest on tailback radio in the late 60s a listener expressed disquiet about one song, Plastic Palace People, from Scott 2, written by Walker – she liked it but was perturbed by the words. Scott advised her that it was better if neither she nor he thought about it.

Listen, they’re laughing in the halls
They rip your face with lies
To buzzing eyes you cry for help
Like gods they bark replies”

In 1969 Scott got rid of his manager who he felt was trying to get him to become the new Andy Williams or Frank Sinatra. Scott released Scott 4 in 1969. All of the songs were his own and it was under his own name, Scott Engel: it didn’t make the charts and it was soon deleted. Fan club members were in shock and deserted him. The feel of the album is not too different from Scott 3, though some saw it as too avant-garde. Perhaps the public had enough of Walker (Scott 4 came out in the same year as Scott 3) and had moved onto newer acts that were coming along in a rush in that era. Perhaps the title of track seven scared people off – The Old Man’s Back Again (Dedicated To The Neo-Stalinist Regime). 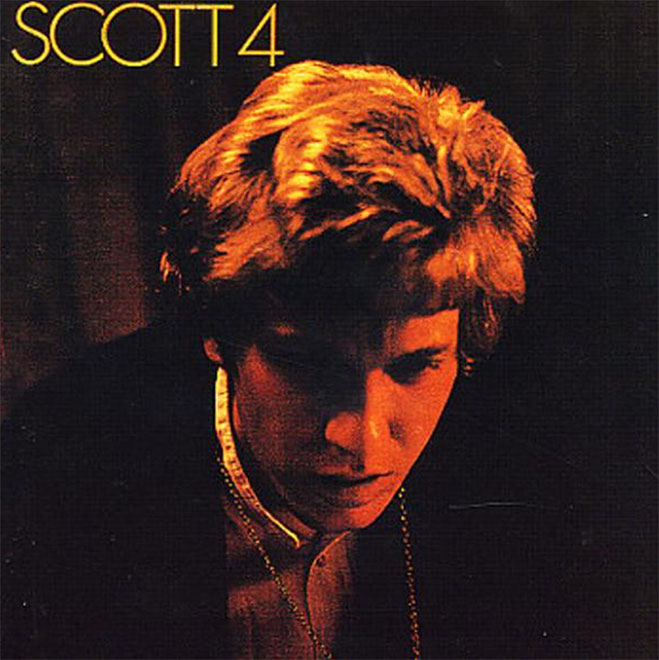 “I seen a woman, standing in the snow
She was silent as she watched them take her man
Teardrops burned her cheeks
for she thought she’d heard, The shadow had left this land
The old man’s back again”

Then came what Walker describes in the 2006 documentary 30 Century Man as his lost years. He released a few MOR albums that he has since disowned.

In 1975 the Walker Brothers reunited and made three albums. They had a hit with a Tom Rush song No Regrets, a song that you can still hear played on a certain class of radio station. It got to #7 on the UK charts. However, that was the only success for the second act of the Walker Brothers. In 1978 with their record label going broke they were able to record an album of original material – Nite Flights.  The first four songs were Scott’s and a strong sign of the direction his music would take over the next four decades. One song, The Electrician appears to be about a torturer and was the opening song on the 2008 film Bronson (about the notorious English prisoner, Charles Bronson).

With no record label Scott disappeared from view. Renewed interest was sparked by a 1981 compilation LP of Walker songs chosen by Julian Cope, then in the Teardrop Explodes, called Fire Escape in the Sky: The Godlike Genius of Scott Walker. Virgin Records subsequently signed Walker, but likely they didn’t know what they were getting – they probably thought it was some nostalgia ballads.

In 1984 he released Climate of Hunter, an album that continued and furthered the sound of his songs on Nite Flights, and cruelled the hopes of those who wished for a return of the big ballads of the Walker Brothers and the first three solo albums. Like Nite Flights it got praise from the critics but sold in low numbers. To modern day ears it has just a tad too much 80s gloss, but nonetheless contains some interesting songs, which are mainly within a conventional song setting. One song Sleepwalkers Woman is ballad like – but listen closer to the words and you realise that this is no 1960s love song. Virgin dropped him soon after – it realised it wasn’t going to get any hits from Walker.  There was talk of collaboration with Brian Eno, but that didn’t work out, Eno later saying that he found Walker very difficult to work with.

It was to be 11 years before his next album, 1995’s extraordinary Tilt. This can be seen as

the first of a trilogy of albums culminating in 2012’s Bish Bosch. People involved in the making of Tilt say that it was an intensely emotional experience and that it was like having your teeth drawn slowly. 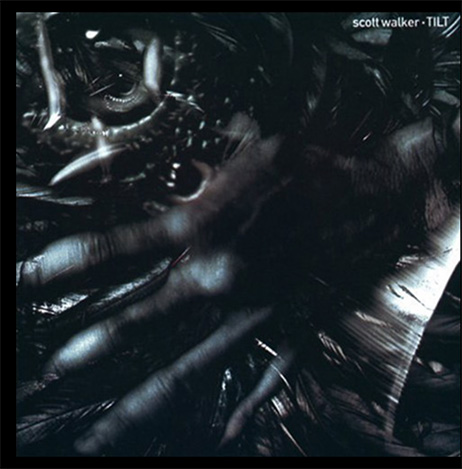 Tilt opens up quietly with the words “do I hear 21, 21, I’ll give you 21, 21”‘, with the music mainly coming from orchestral strings. Farmer In The City (Remembering Pasolini) is about the death of Pier Paolo Pasolini. It’s a song that one could imagine hearing on FM radio.

“And I used
to be a
citizen

I never felt
the pressure

I knew nothing
of the horses

Nothing of the
thresher

Paulo
take me with
you”

From there Tilt gets a little less melodic, but is nonetheless arresting and compelling listening. One is always surprised at where a song is going. Bolivia 95 is about….well, I’m not sure, but it’s a rollicking tune:

and the bodies
from illness
from pestilence

hunger and war
I journey each

are loose
they look

black shadows
under the peaks

of our caps
shaved up to

The next album took another 11 years, The Drift was released on 4AD. A documentary film, the marvellous Scott Walker: 30 Century Man was made at the time of the recording of The Drift and gives some startlingly insights into how Walker crafts exactly the sound he wants.  Like Tilt the album opens with its most conventional sounding song Cossacks Are.

There are songs about the killing of Mussolini and his mistress – complete with the sound of meat punching (you can see how this was done in the aforementioned documentary); a donkey being punched in Galway – accompanied by the sounds of a braying donkey; and a dream about Elvis Presley and his dead twin brother.

Walker said of The Drift that there are no real arrangements, just basically big blocks of sound with everything superfluous stripped out.

It was to be only another six years before the next Scott Walker album, 2012’s Bish Bosch. Like Tilt and The Drift, it received critical acclaim.  At 73 minutes it’s his longest album. On vinyl it is a double album. It opens with furious drumming on See You Don’t Bump His Head – “while plucking feathers from a swan song”, and is unrelenting and unremitting from there. The 20 minute SDSS 1416 + 13B (Zercon, a Flagpole sitter) has sections of silence broken by Walker singing/ shouting lines such as:

“The wild mice pelt clothes
slipped from my toes

where termites
scribble the walls.
Twisted forth,
and gone,
‘Little father’,
The ‘snip’ off your
nine-ninety-nine,

from where you groomed
yourself too small.
No more dragging this wormy anus

round on shag piles

from Persia to Thrace

fed them to your shrunken face”

The exhilarating Epizootics, which even has its own official video (see link below)

That’s enough lyrics. This is an exhausting and fantastic album. It’s not all bleak, though.

After a mere two years came Soused, collaboration with Sunn 0))).  This is very much a Scott Walker work, imbued with the Sunn 0 ))) drone sound. It opens suddenly with Brando, which apparently is about the fights Marlon Brando had in various films.  Drone, whip cracks, distorted guitars, other sounds that I can barely describe. See link to the official video below (features some nice dancing).

Disturbing imagery abounds: In Herod 2014 a woman hides her babies from something terrible, accompanied by ominous and menacing sounds that are rather like the soundtrack of a horror film:

“She’s hidden her babies away
Their soft, gummy smiles
won’t be gilding the menu.
The deer fly, the sand fly,
the tsetse can’t find them.

The goon from the Stasi
is left far behind them.
Their delicate derma
won’t witness a ray”

So, that’s a brief summary of the career of Scott Walker. What can we expect next, if anything?  Well, his productivity has been remarkable over the last decade – the Productivity Commission has noted his output – so we could get another album next year. Whenever and if it comes it’ll be worth listening out for. 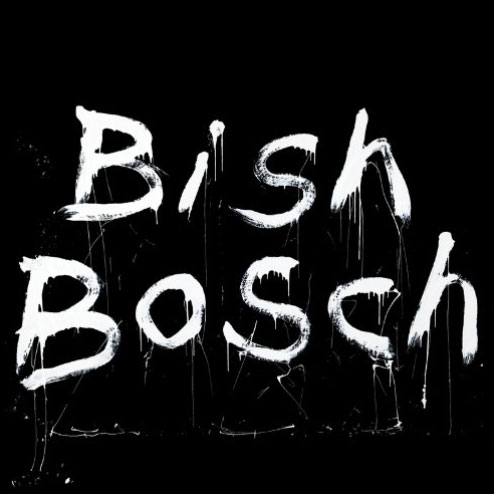