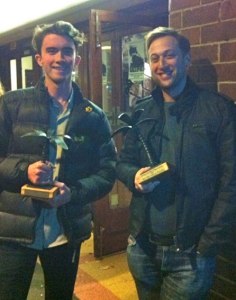 The theme for the competition was equality: reflecting the overall theme of the festival, and IFFM’s desire for a more inclusive cinema.

Earlier this year the short film, made by Mark Hellinger and Jesse Maskell, won the People’s Choice and Cultural Diversity awards  at  The Setting Sun Short Film Festival in Yarraville, Melbourne.