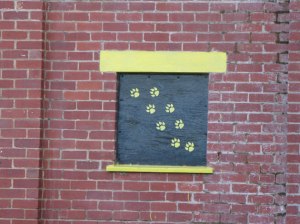 KYNETON laid a significant bogey to rest in Saturday night’s soggy conditions at the QEO, registering a four-goal win over South Bendigo.
It was the Tigers’ first victory at BFNL headquarters since round 18 in 1999 but it took a dogged effort against a committed Bloods outfit.
A lot of the credit for Kyneton’s success must go to key defender Harrison Huntly and running defensive linkman Bryce Hinneberg.
Huntly’s marking in the last line and Hinneberg’s run were key factors in the Tigers’ 10.11 (71) to 6.11 (47) win.
South enjoyed their most productive period in the first term nailing four of their six goals of the evening.
Although unable to land a goal all night at the city end Michael Tonkin, busy midfielder Joel Swatton and tough flankers Matt Dwyer and Darby Walsh were on target at the Barnard St. end.
Kyneton stayed in contention as captain-for-the-night Jake Hyland, Ben Weightman and spearhead Mitchell Scholard all replied – Scholard with a classic set shot from the pressbox pocket.
Solid rain pelted down mid-second term but the Tigers were still able to add four goals to nil. Scholard nailed two with an over-the-shoulder snap and a running goal while Alik Magin soccered through a sizzler.
Weightman nursed home a vital set shot deep in time-on to hand the Tigers a 16-point lead.
Even though Huntly marked and cleared twice from full-back within 60 seconds, an early third term running goal to the Bloods’ Jayden Sheean narrowed the gap to 10 points – 5.7 (37) to 7.5 (47).
The Tigers needed to steady and they did. Andrew Aiello found space and passed accurately to Alik Magin.
Magin juggled the slippery ball before steering home Kyneton’s eighth.
South big man Daniel Nalder collected the spillage from a Kyneton kick-in marking contest and his goal again shrunk the margin to less than two kicks: 6.10 to 8.9.
It could have been one kick but once more Huntly marked in the goal square to save the Tigers.
Kyneton raced clear in the final quarter with Hyland notching his second major while Alik Magin sunk the goal of the night after wrong-footing his defender, spinning around and driving home a crucial Barnard Street end major.
Kyneton coach Mark Adamson said it was “a terrific thing” to have finally achieved a senior win at the QEO.
“But we probably built up for that Round 1 win down at Gisborne a lot more than we did for this game because we know South’s in a re-building phase by playing all their young guys.
“And we knew we had to come to the QEO and win and get to 2-2. That’s what we had to do,” Adamson said.
“ Jake Hyland is a local guy who’s served in the Army. He’s one of our vice-captains so on Anzac night it was fitting he served as the captain.”

Eaglehawk spearhead Matt Gretgrix was the toast of the Borough on Anzac afternoon with a neat dozen goals against a completely overwhelmed Kangaroo Flat.
Gretgrix, known as the G-Train, proved at 31 he’s no out-of-puff steam locomotive as he speared through six-pointers from all angles.
The Hawks had the Canterbury Park match won by half-time leading the Roos 14.2 to five straight goals.
In the battle of the Bulldogs at Gisborne’s Gardiner Reserve Golden Square held on by nine points against the fast-finishing home Dogs.
Gisborne banged home 4.6 in a frantic last term to almost catch their major BFL rivals.
Top side Strathfieldsaye showed much-improved Castlemaine what it means to be a leading flag contender holding the outclassed Magpies to a meagre three goals for an afternoon’s work.
And in the other Anzac Day night match Sandhurst recorded 51 scoring shots under lights at Princes Park to belt Maryborough by 118 points.
Final scores: Strathfieldsaye 10.15 (75) def. Castlemaine 3.6 (24); Eaglehawk 26.14 (170) def. Kangaroo Flat 7.3 (45); Golden Square 11.10 (76) def. Gisborne 9.13 (67) and Sandhurst 25.26 (176) def. Maryborough 9.4 (58).

The Bendigo league was the only AFL Central Victoria league to play all its fixtures on Anzac Day.
Surrounding leagues, including the Maryborough-Castlemaine DFL, opted for Sunday games.
The North Central F.L. fixtured just the Donald-Charlton clash for Anzac day with the other matches set down for Sunday.
Likewise the Heathcote DFL. The Colbinabbin—Mt. Pleasant game was played under lights on Anzac Day evening with the other three games set for Sunday.
And in the Loddon Valley all four matches were listed for Sunday. The Calivil United—Marong clash was to be played at Northern United’s old Raywood patch.