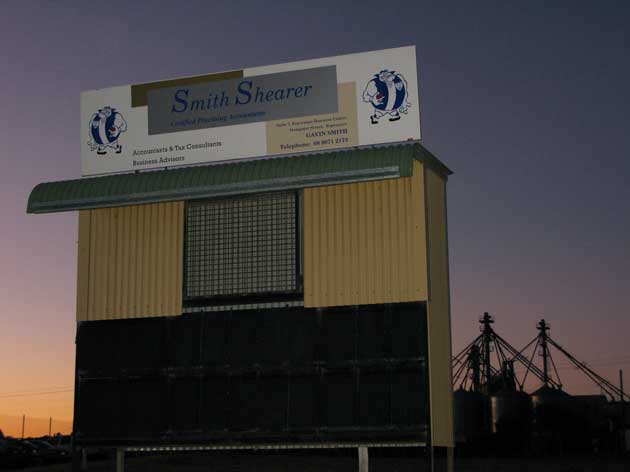 The scoreboard at Ports Oval in Esperance where Subiaco played Claremont

WHEN you look at the scores it’s hard to believe South Fremantle only hit the front late in the last quarter at Fremantle Oval on Saturday and at one stage trailed Swan Districts by nearly seven goals. The Bulldogs were devastating when they got going led by Steven Edwards, defender Jason Maskos and Cory Dell-Olio who kicked three goals while Haiden Schloithe and Tim Kelly didn’t dominate as they have been but were effective when the game needed winning. Swans certainly caused a scare but couldn’t sustain the performance. Tony Notte was superb in the back line and Taryce Stewart kicked three goals.

Harley Bennell played his first game of footy for over a year when Peel beat East Perth at Leederville Oval. He kicked a goal, looked ok and pulled up well in 60 minutes of managed game time. Matt Taberner was the star for the Thunder and kicked six goals while Cameron Sutcliffe was outstanding in the midfield. Tom Cole and Julian Ameduri were good for the Royals.

Subiaco have been quietly dominating the competition and accounted comfortably for Claremont at Ports Oval in Esperance on Saturday. Adam Cockie, Kyle Horsley and Leigh Kitchen were unstoppable in the midfield and Ben Sokol kicked four goals. Mitch Andrews was the best ruckman on the ground and put in one of the best efforts of his career for Claremont. Click here for a little more on the home of  Esperance Ports

East Fremantle might avoid the wooden spoon. The Sharks are level on points with Perth after the bottom two met at East Fremantle Oval. Matthew Watson kicked four goals for the home team, Cam Eardley and Jonathan Marsh were good again in the midfield and Jayden Schofield enjoyed his 100th game. Cody Ninyette was lively for the Demons and kicked two goals.