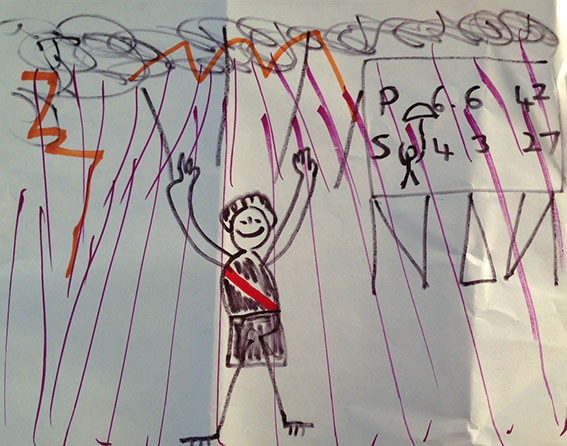 No camera troubles this week  – it’s just that I was in sunny Broome while WAFL followers suffered.

WAFL players were greeted with rain, hail, icy winds and thunder in round 16 and strange things happened including the top two teams losing to opponents with seemingly no hope of making the finals. And the top five changed for a change.

A week after slipping to second last Claremont gave another gasp. The Tigers traveled to Fremantle and kicked six goals to South Fremantle’s two points in the first quarter and never looked back. It wasn’t a day for big men but Beau Maister was outstanding with three goals, Jye Bolton bounced back to form and Ryan Lim had another good game. Shane Hockey loves the wet and was the best of the Bulldogs.

At Bassendean the home team didn’t score in the first and third quarters and didn’t score a goal until the last. East Perth powered into the top five with a 40-point victory inspired by Craig Wulff who scored three goals. Malcolm Karpaney has been showing something of late and enjoyed the conditions. Todd Banfield and Matt Riggio battled it out for the poor old Swans.

At Rushton Park Peel managed to score in each quarter in fashioning 1.5 (11) for the afternoon and slipped out of the five. West Perth are beginning to look ominous – Blake Wilhelm put in a strong performance, Jay Van Berlo was good in the midfield and Max Duffy kicked a couple of goals. Josh Deluca and Ethan Hughes were effective for the Thunder.

In the upset of the season Perth not only knocked over the top team but kept their own silly finals hopes flickering. Brennan Stack put in an inspiring display that included two goals, Todd Stevenson was outstanding in the ruck while Cody Leggett and Michael Sinclair also impressed. Chris Phelan did more than his share for Subi.